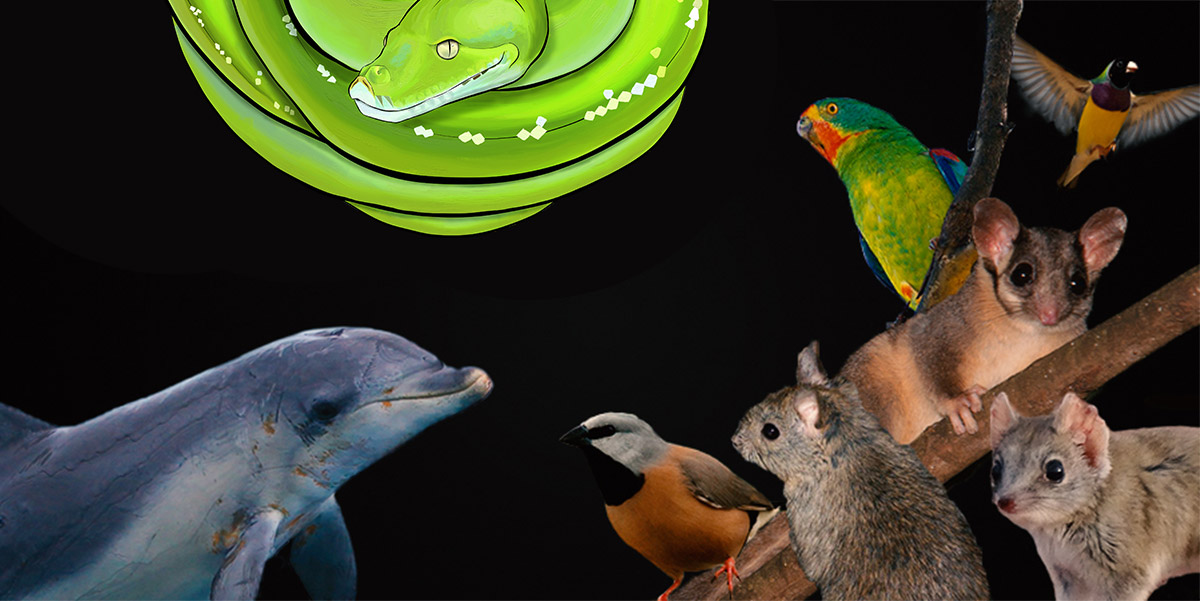 The ANiMOZ Aussie Wildlife Vote runs from 1-31 August 2020 and has dozens of species and charities involved!

Originally published at the website of our conservation initiative: ANiMOZ – Fight for Survival.

Wildlife organisations across Australia are taking part in a public vote to have their target species included in a game about endangered Australian animals.

From 1-31 August, some of Australia’s largest conservation groups will have a spotlight shined on their work as part of The ANiMOZ Aussie Wildlife Vote 2020, a month-long public vote on the ANiMOZ website.

Not only is this a chance to engage with the amazing work that these organisations do, but also to learn about species many of us haven’t come across before.

It is, in the wake of the first global pandemic in 100 years, a chance to refocus attention on Australian wildlife, when they seemed on the cusp of an overdue spotlight following the summer’s horrific, climate change-fuelled bushfires.

The ANiMOZ Aussie Wildlife Vote 2020 brings together 26 organisations and features some 30 endangers species!

More than two dozen charities have registered a species that they work with, and will be hoping to raise the animal’s profile through being one of the three winners to feature on its own ANiMOZ card in the upcoming Booster Packs.

In all, there are 30 incredible animals, many on the edge of extinction, that you will have the chance to vote between throughout August.

But fair warning from ANiMOZ Headquarters: you only get one vote!

Some of those working as part of these organisations shared why they’re taking part in the vote:

AWC is listing two of the many species their programs focus on, the Northern bettong and the Purple-crowned fairywren, and CEO Tim Allard said the vote comes at a time when our native species are in urgent need of attention.

“Australia’s wildlife needs our support now more than ever. ANiMOZ helps tell the stories of Australia’s unique animals in a way that encourages learning and engagement with conservation issues.

“By becoming an ANiMOZ Ranger, you’ll learn all about Bilbies, Quolls, Numbats and Fairywrens, and you’ll be making a contribution to their protection. AWC is proud to endorse this great new card game.”

ACF works to protect the habitat of numerous species, including the two they are listing in the vote, the Grey-headed flying-fox and the Eastern curlew. Nature Program Manager, Basha Stasak, said people need to know more about our unique creatures.

“The summer bushfires had a devastating impact on our wildlife, with scientists now estimating 3 billion native animals are likely to have been killed or displaced by the fires. To make matters worse, Australia’s weak environment laws are not adequately protecting native species and their homes.

“In the 20 years Australia has had a national environment law, an area of threatened species habitat larger than Tasmania has been logged, bulldozed and cleared.

“It’s so important that people find out more about Australia’s unique animals and the dangers they face so we can all work together to better protect them.”

Bob Brown Foundation has listed the critically endangered Swift parrot in the vote, and Campaign Manager Jenny Weber said the online competition is a great chance to showcase some of the animals we risk losing from the wild.

“The fastest parrot on Earth is fast headed to extinction unless its critical habitat is protected. The Swift Parrot breeds only in Tasmania over summer and flies north to winter breeding areas on mainland Australia. It is in urgent need of your attention.

“Bob Brown Foundation feels blessed to be involved in this vote so the plight of the Swift Parrot can be known and the fight for its survival can recruit more Parrot defenders.”

Zoos SA is ensuring there is a future for endangered Mallee Emu-wrens and Pygmy Blue-tongue Lizards and is very excited to be involved in the vote.

“While they might be diminutive in size the Mallee Emu-wren and the Pygmy Blue-tongue Lizard are both vital to our native ecosystems. As a conservation charity we are helping both species but it is a battle against time,” she said.

“As their populations in the wild are so fragile, we desperately need to raise awareness about these two rare, native species – that’s where ANiMOZ comes into play.”

Director of Rewilding Australia, Rob Brewster, said it’s a great opportunity to refocus public discourse on the fragility of our native animals, at a time when they’ve been hit by bushfires and habitat fragmentation, and are set to be affected by upcoming changes to the EPBC Act later this year.

“As we saw with the recent release of the interim report on the EPBC Act’s Review, Australia is not doing enough to save the incredibly unique species we share this country with,” he said.

Rewilding Australia has nominated the Southern brown bandicoot for the vote – a species that, whilst once common throughout coastal Australia, is now considered endangered.

“Rewilding Australia restores missing faunal links through reintroductions, with a focus on keystone species that regulate ecosystems or provide an ecosystem engineering role.

“But we also know that for these projects to be successful, there has to be wider buy-in from the public, and light-hearted activities like this vote are a great way for people to engage with some of our lesser-known, but equally amazing, species.”

If there were to be one outcome of this month-long vote, ANiMOZ Director Joel Howland says, it should be that “our native fauna, disappearing before us, are highlighted as worthy of our admiration, and deserving of being saved.

“We’re in the age that scientists are calling the Anthropocene, where human activities are risking the extinction of more than one million species, and whilst ANiMOZ aims to help people – particularly our future leaders – fall back in love with animals, this vote is a chance to broaden that reach, and create a louder discourse.”

He adds that the groups taking part in this vote are doing incredible, critical work, often with little-to-no recognition and a considerable lack of funding.

“If you take the time to vote in August, which I throughly encourage you to do,” says Howland, “I hope it gives you a few minutes of enjoyment learning about 30 unique, special animals.

“I hope you’ll take the time to visit the websites and Instagram feeds of those charities taking part, and support their work however you can.”

But most of all, he concluded, he hopes it reminds everyone that the world we live in is host to the extraordinary, and that if we’re not careful, we may well lose it all.