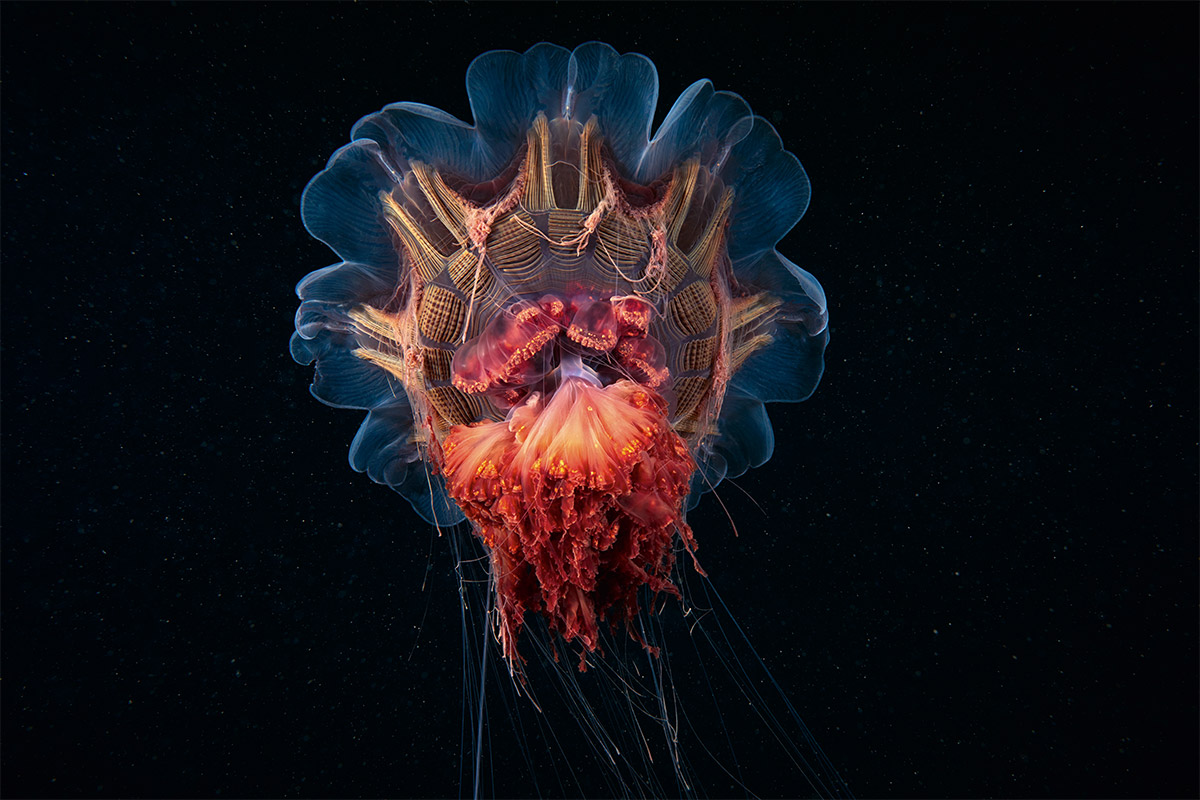 It is fitting that in flicking through the pages of a book titled ANIMAL, the phrase that Life imitates art should seem so central. For this sentiment holds the philosophical title of mimesis, related to mimicry – which in the natural world refers to a creature’s evolved resemblance of another. So it is that one finds oneself reflected in each piece of art shown herein.

This book is an exquisitely curated testament to the human connection with animals, with each spread either comparing or contrasting two different pieces of art. And never has such a compilation seemed so important.

In this age of the Anthropocene in which we both find ourselves, and have helped create, the collapse of biodiversity is both alarming and distressing. And so this visual guide to much of what we have lost is a helpful tool in both reconnection, and the avoidance of Shifting Baseline Syndrome.

There are also pages in ANIMAL that raise dramatic moral questions that conservationists are currently battling. One such point is the two-page photo spread from Brent Stirton of the Black rhino farm renowned for harvesting these creatures’ sought after horns.

There are also plenty of trips back in time, to when Homo sapiens and our ancestors shared a much more telling and intimate relationship with the wildlife amongst whom they lived.

This constant reinforcement of times past, and modern conundrums –  not to mention simply beautiful pieces of art – goes to consistently embed in the reader’s mind the importance of our appreciation of the natural world, both in forming our own opinions of place as well as helping to answer the unanswerable.

One of the key questions of our time is, of course, how we confront the climate crisis, and in some of the art presented here that question is dramatically poised against the backdrop of a different climatic period. In one piece, dinosaurs roaming a lush, tropical rainforest are told to be correctly positioned in Antarctica.

ANIMAL is as much an emotional journey – seeing a tiger inbred for entertainment that results in physical and mental impairments – and a spiritual one – who can fail to connect with the aptly named Spirit Bear nestled amongst the green of Canada’s western wilderness? – as it is an intellectual appreciation of the breadth and depth of our connection with our planetary colleagues.

One that seems to be disappearing from our daily lives.

It is not surprising to me that this ‘book review’ has turned into somewhat of a sojourn into the philosophical confrontation of our current position on earth, for that is what this book will do to most.

Whether you have a day to sit and drift through time in its pages, or leave it a prominent place on your coffee table for the occasional glance, I highly recommend having this aesthetically rivetting curation close to hand, if only to occasionally remind you that in this world, we are not alone.

“The mind-boggling numbers were summed up by the US nematologist Nathan Cobb (1859-1932), who observed: ‘If all the matter in the universe except the nematodes were swept away, our world would still be dimly recognisable, and if, as disembodied spirits, we could then investigate it, we should find its mountains, hills, vales, rivers, lakes, and oceans represented by a film of nematodes.'”

“Poaching is the main reason for the black rhinoceros (Diceros bicornis) being critically endangered in the wild; its numbers have declined by97.6 per cent to 5,000 since 1960 after reaching a low of 2,410 in 1995.”

“During this time, dinosaurs, including the largest terrestrial animals that have ever lived, ruled the land.”

You can purchase ANIMAL: Exploring the Zoological World direct from Phaidon Publishing via this link.