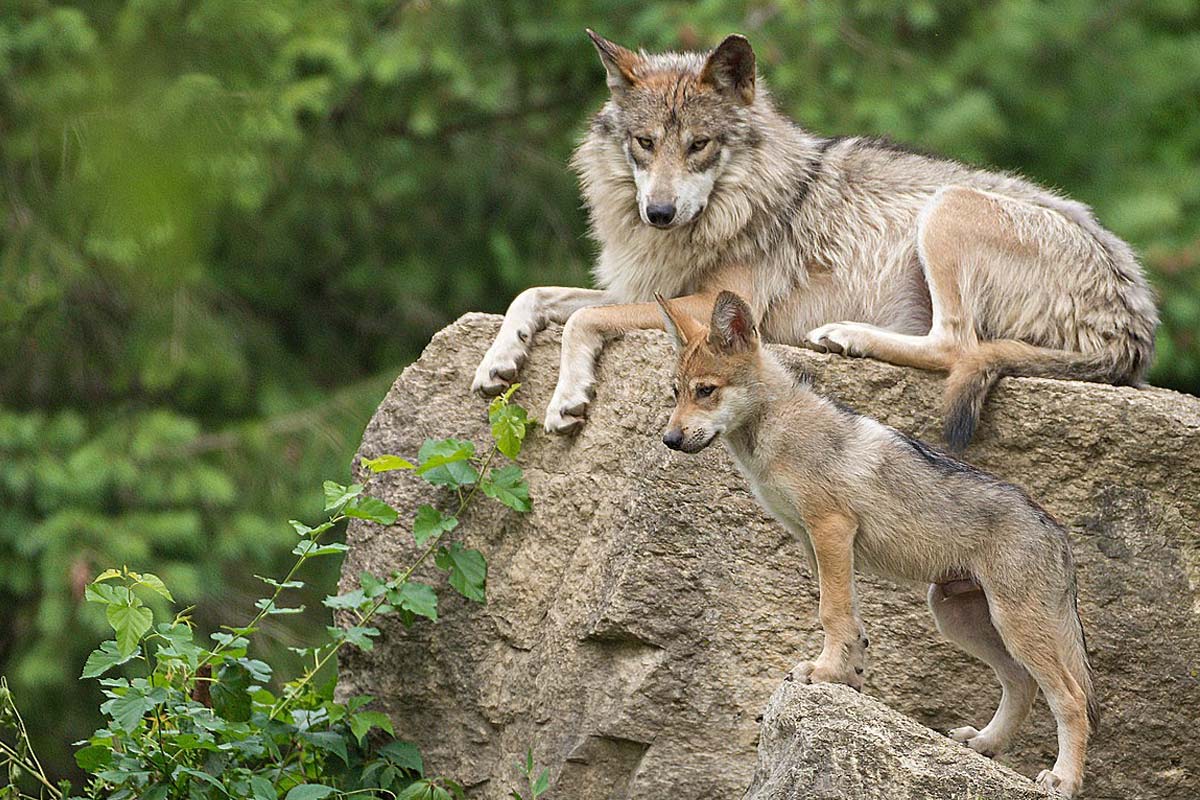 This is a Conjour Species Profile on the Mexican grey wolf.

About the Mexican grey wolf

The Mexican grey wolf (Canis lupus baileyi), also known as El lobo, is a subspecies of the grey wolf and one of the rarest and the smallest of North America’s grey wolves. They were once native to southeastern Arizona, southern New Mexico, western Texas, and northern Mexico.

Once numbering in the thousands, they are now regarded as the most endangered grey wolf in North America. Many were killed during the mid-1970s through hunting, trapping and poisoning.

Edward Goldman and Edward Nelson first described the Mexican wolf as a subspecies in 1929 on account of its small size, narrow skull, and dark pelt. Their fur is not completely grey, despite their name, but rather a mixture of grey, black and a rusty colour.

They reach no greater than 135cm in length and 80cm in height and range in weight between 2-40kg, with males typically heavier than females. Their average lifespan in the wild is up to 10 years while they live a little longer in captivity, up to 15 years.

These carnivores commonly prey on animals such as elk, rabbits, pronghorns and other small mammals.

Mexican grey wolves are very social and live in packs. They have complex social structures in which the alpha male and female are the breeding pair. As with many pack-living carnivores, the others in the pack are considered ‘helpers’, who assist in the raising of the pups.

They are monogamous, with the alpha pair breeding once a year, between mid-February to mid-March. After a gestation period of around 63 days, a litter of six to seven pups will be born. The pups who are born blind will be fed regurgitated meat by various members of the pack.

After five weeks, the pups will be weaned and will remain with the pack until they reach sexual maturity at around two years of age. After this, they may leave to find a new pack or stay on as a helper.

Mexican wolves can be found in a variety of habitats, including mountain woodlands and the Chihuahuan and Sonoran deserts.

Population threats to the grey wolf mirror issues confronting many predators worldwide. Human activity serves as the main threat to these wolves. In addition to direct hunting in the past, settlers to the area rapidly diminished the population of prey species such as deer and elk, limiting that available to the wolf.

When the wolves began targetting readily available livestock, they were in turn hunted mercilessly – to the brink of extinction.

Popular fairytales didn’t help; Many wolves were killed on the back of stories like “Little Red Riding Hood” which painted wolves as evil, ferocious creatures, even though that does not reflect their common interactions with humans.

According to Lobos of the Southwest, more than 900 wolves were hunted between the decade of 1915 and 1925. Even with their population drastically reduced, the wolves were still hunted and trapped until near extinction.

In 1976, the Mexican grey wolf was added to the Endangered Species List.

For the last few decades of the 20th Century, captive breeding programs were under taken with varying degrees of success, culminating in a reintroduction to the wild in the US in 1998. That population persists.

A key organisation working for the species is the Defenders of Wildlife group, who work with local communities:

“We work directly with ranchers and tribal members to implement proven techniques to keep wolves and livestock safe. These include using range riders to watch over livestock, moving livestock away from wolf dens, erecting special fencing and more.”

You can see more of their work by visiting the website here.