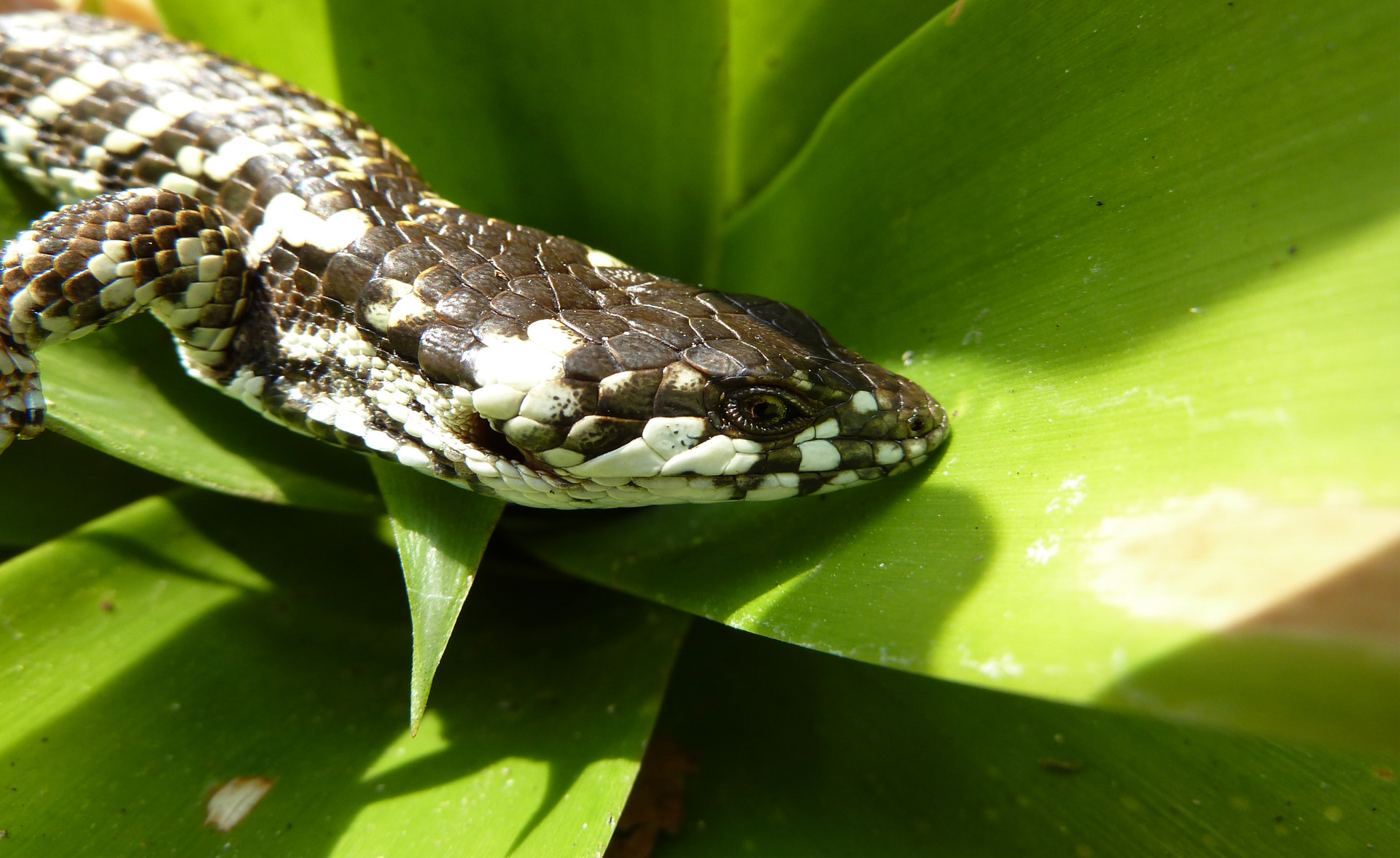 This is a Conjour Species Profile on the Alligator lizard. About the Alligator Lizard

In 1998 Frost’s arboreal (tree-living) Alligator lizard (Abronia Frosti) was discovered as a new species and added to the growing Abronia genus. Like the rest of its genus, Frosti was difficult to collect data on: the lizard was elusive and their forest habitat meant that Abronia species were often only discovered from a few collected specimens. In the present day, more is now known about Frosti’s morphology and habitat, but the relative size of the population still remains a mystery.

The Guatemalan cloud forest is a subtropical high-precipitation and high-humidity environment. Thousands of hardwood Pine and Oak trees cover the mountainside creating a perfect breeding ground for a wide variety of insects and small invertebrates – Frosti’s main source of prey. It is here, hunting in hardwood trees and bromeliads that Frosti specimens have typically been collected. In terms of morphology, Frosti is by no means as large as its alligator namesake and, instead, the genus was named after its distinctively wide and powerful jaws and thick alligator-like scales running along the head, body and tail. As an arboreal species, Frosti inhabits the pine and oak trees of the area and is perfectly adapted for surviving in the cloud forest, aided by a thick, short prehensile tail and short, sharp claws to provide grip in the trees.

Much about the species is still unknown. Little is known about population trends or relative numbers of the Frosti population, and until recently the species was thought to be extinct. Upon its rediscovery, an evaluation by the IUCN in 2013 led to the species being enlisted as critically endangered in the IUCN Red List of Threatened Species (Ariano-Sánchez, D., Acevedo, M. and Johnson, J. 2013).

Daniel Ariano Sanchez, Coordinator of Ecology and Conservation at the Universidad del Valle de Guatemala, and Professor of Biology Jonathan A. Campbell from University of Texas at Arlington, are both well placed to speak on Frosti’s endangerment. Both have been on extensive field investigations of Guatemala’s cloud forest, and Ariano is currently heavily involved in the conservation of the species.

Ariano explains that the Alligator lizard is facing a number of threats. The forest is at risk (climate change has affected the rain periods of the area resulting in hardwood oak deaths in the forest) and an invasion by the invasive Southern Pine beetle (Dendroctonus spp.) has led to a devastating loss of Pine trees. As well as losing habitat, the species is also quickly becoming a favourite of the illegal exotic pet trade. But one threat in particular led the species to becoming classed as Critically Endangered by the IUCN. A Species at Risk

The number one issue facing Frosti is the species’ niche habitat. Like most of its genus, Abronia Frosti has a small area of habitat, being endemic to the northwestern mountains of Guatemala. At around 2800-2900 meters above sea level, the species is rarely found outside of its 0.7km2 habitat radius (Ariano-Sánchez, D., Acevedo, M. and Johnson, J. 2013). With such a small species dispersion it is unlikely that Frosti will be able to adapt to a changing landscape – an issue which is affecting multiple species in the area.

“Highland species in general are suffering greatly,” he explains. “Many of these are restricted to only one mountain range or one volcano, and sometimes only to a single slope within a restricted elevational range. Therefore they are extremely vulnerable.” The cloud forest is changing

The large hardwood trees that Frosti inhabits are disappearing, which puts the species at risk. The human population of Guatemala is increasing and as local villages grow there is an increased demand for energy resources. The people have turned to the forest for firewood to use in their homes and to sell to the nearby urban centre of San Mateo InterTAN. The increased need for firewood has led to mass forest destruction and deforestation.

Ariano has witnessed the results of the firewood market: “The cloud forest in the area is severely fragmented, consisting mainly of small patches surrounded by a matrix of deforested land and plantations of pine trees. The habitat remaining is less than 50 hectares.”

However, the firewood trade has not been the only threat to the hardwood trees of the forest. The forest has been hit heavily by a plague of the Southern Pine beetle – an invasive species that had a quick and devastating impact on the pine population of the forest. The plague meant that many of the trees could no longer be used for firewood and so the local villagers turned to the hardwood oak trees instead.

The deforestation is drastically changing the landscape, and increased levels will eventually lead to the complete loss of the habitat that the Alligator lizard depends on. Ariano is heavily involved in the conservation of Frost’s Alligator lizard, and he stresses that the battle for saving the species is not over yet.

In recent years, the lizard has come under protection of the Guatemalan government and was successfully added to the CITES appendix, meaning that trading Frosti is only permitted in exceptional circumstances. These breakthroughs have provided some relief for the species from the exotic pet trade.

The species has also been the subject of strong community education programmes, aiming to create a better local relationship with the species. These programmes with local communities have led the people to no longer fear the lizard, as previously many had believed that the species was poisonous, and superstition painted the species as bad luck.

However, in order to save the species, the forest needs to be saved first. In an effort to protect and reduce the pressure on the remaining forest, other education programmes and projects have also been set up to work with the local communities to create ‘greener charcoal’.

The idea behind this is to establish and plant new Pine plantations near villages in degraded forest areas. These new plantations will provide an alternative firewood source to the native forest. Ariano is hopeful about the outcome of these education projects:

“These new greener charcoals should relieve the current pressure on the hardwood forests. That will diminish the pressure on oak forest where the species lives.”

The damage to the species may already be done, though hope remains.

There is still a long way to go for the Abronia Frosti population: their native habitat is under enormous pressure and, in the short term, an ex situ captive breeding programme will need to be set up to save this species from extinction.

“Montane forests are relatively limited to begin with”, says Prof. Campbell. “With increasing human populations the highland forests are disappearing quickly and are now just remnants of what they were even 30 years ago.”

Time is running out for Frost’s Alligator lizard.