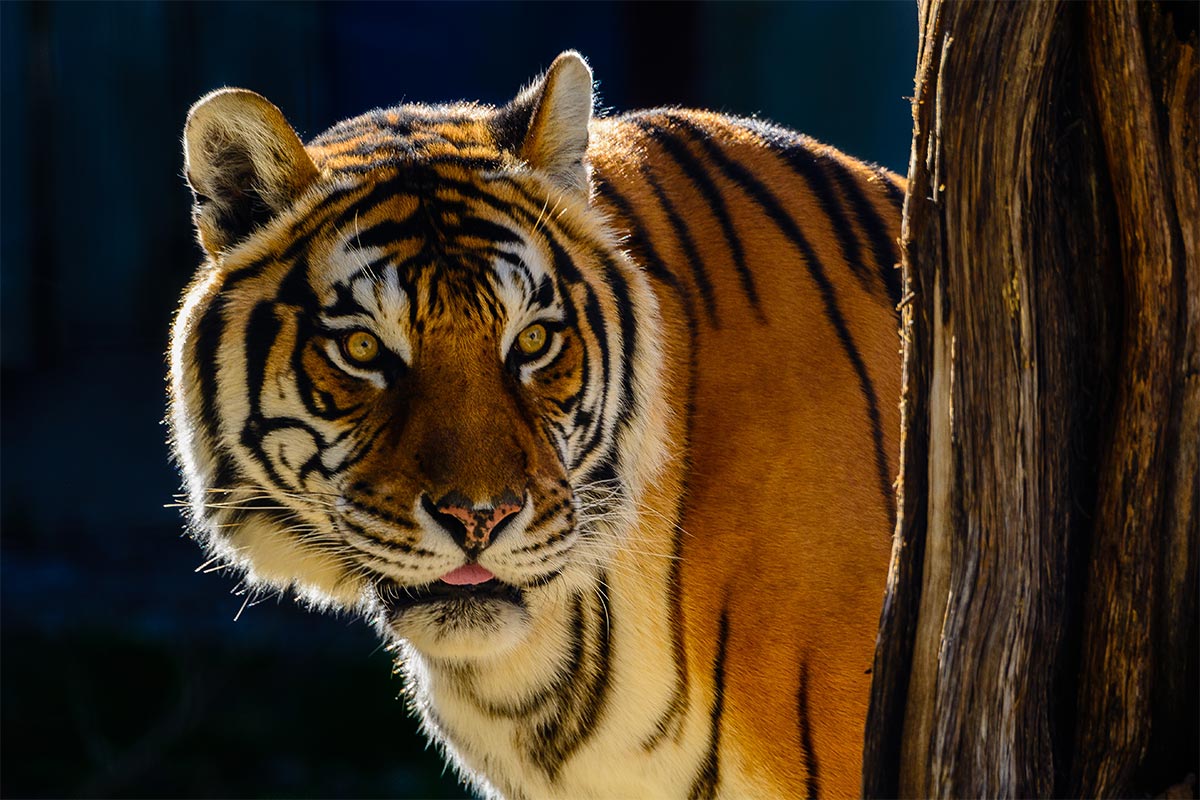 Conflicting reports have emerged of the final moments of tigress Avni in India’s Maharashtra state. The adult female Bengal tiger, believed to have two cubs still in her care, was shot dead by Government-contracted hunters, after allegedly killing 13 local people.

This is a saga that has played out just below the news headlines for the past two years, and it has come to a head in the last few months as global conservation groups became concerned around India’s plans for the tiger, and the scale of the hunt emerged.

India is believed to account for at least 60% of the world’s wild tiger population. But this number of large predators, combined with continued human encroachment into their natural habitat, naturally results in human-animal conflict. A growing issue globally, particularly in developing nations such as this.

The six-year-old tigress known locally as Avni, or as T1 by officials, was mother to two cubs – the current whereabouts of whom are unknown – and is believed to have killed 13 villagers over the past two years. Horrifying tales of locals being dragged from villages, their bodies found decapitated and at least one sign of the tigress feeding on the victim found, have spilled out of the famous western state. The Government launched an extraordinary search for the animal, highlighting the difficulties of finding the specialised hunter, with camera traps, round-the-clock guards and even male cologne used in the hunt.

This has climaxed in this week’s confirmed shooting of the critically endangered cat, and uproar over the handling of the situation and whether the death of Avni could have been avoided is mounting.

“Efforts to dart the animal were simply never made,” said Dr Jerryl Banait, a journalist reporting on Government news, told The Print. “The shooter was hired with the intention of killing the tigress, and that is what has happened – it is a cold-blooded murder.”

On the other hand, BBC News suggests that an initial tranquiliser dart was fired at (and hit) Avni, and it was once she charged the vehicle containing the men that she was shot from a distance of around 8 metres. But India Today allege that, despite Supreme Court directives that the big cat must be tranquilised as a first effort, the hunting team shot her on sight after feeling they were being stalked by the cat. They wrote: “The forest department issued a shoot-to-kill order for her this year. The shoot-to-kill order was reportedly only to be used as a last resort. It was challenged in courts all the way to the Supreme Court. The Bombay High Court’s Nagpur Bench last month admitted a PIL that sought a stay on plans to kill Avni and instead capture her alive.”

According to The Wire, a police official said it played out as follows: “The forest officials initially tried to nab her alive. However, due to dense forest and darkness, they were unable to do so and finally a bullet was fired in which the tigress fell on the spot. After she became motionless, forest officials went closer to her and later rushed her to a hospital in Nagpur, where she was declared dead,” the official said.

Horror in the conservation world

Human-animal conflicts also trigger human-human conflicts. The understandable fear of locals running opposite to global concerns around our treatment of animals, particularly keystone apex predators, when we are largely at fault for run-ins.

A change.org petition started by Sarita Subramaniam to save the tigress has over 100,000 signatures – that number climbing still despite the cat’s apparent death. On the page, Subramaniam wrote:

“Tigress Avni (T-1) and her two nine-month old cubs live in Pandharkawada Forest in Yavatmal District, Maharashtra, India, a geography plagued by illegal cattle grazing, encroachment, and expansion of a large private cement factory. Rampant pesticide poisoning in several parts of Yavatmal district is also a huge environmental hazard. All of this have resulted in constant man-animal conflicts. Maharashtra State alleges that Avni has killed 13 humans in the past 2 years. Seven of the 13 killings had cattle next to the bodies of the human victims, which indicates that uncontrolled grazing could be a reason for the killings. 10 of the 13 killings happened on Saturday-Sunday, which cast a doubt why a “man-eater” would only decide to kill on weekends. DNA test was done only on 3 of the 13 victim bodies, and only ONE contained a tigress’ DNA!

All these data points and ambiguities cast serious aspersions on Avni’s involvement in human killings. Courts had stayed an earlier shoot order for Avni based on these irregularities.”

Adding to the anger is the reported identity of Avni’s killer, Asgar Ali – a divisive figure in India, known as the son of famous animal hunter Nawab Shafat Ali.

Conflict between people and animals will only increase as humans move further and further into pristine, wild regions. As a society, globally, we face a real litmus test about how we respond to these challenges, and find ways to avoid a tragic end to a tragic story such as this.

We await a statement from the Indian Government, and a full review of what occurred in Avni’s last moments alive.

The disappearance of Amazonian forests continues to rise