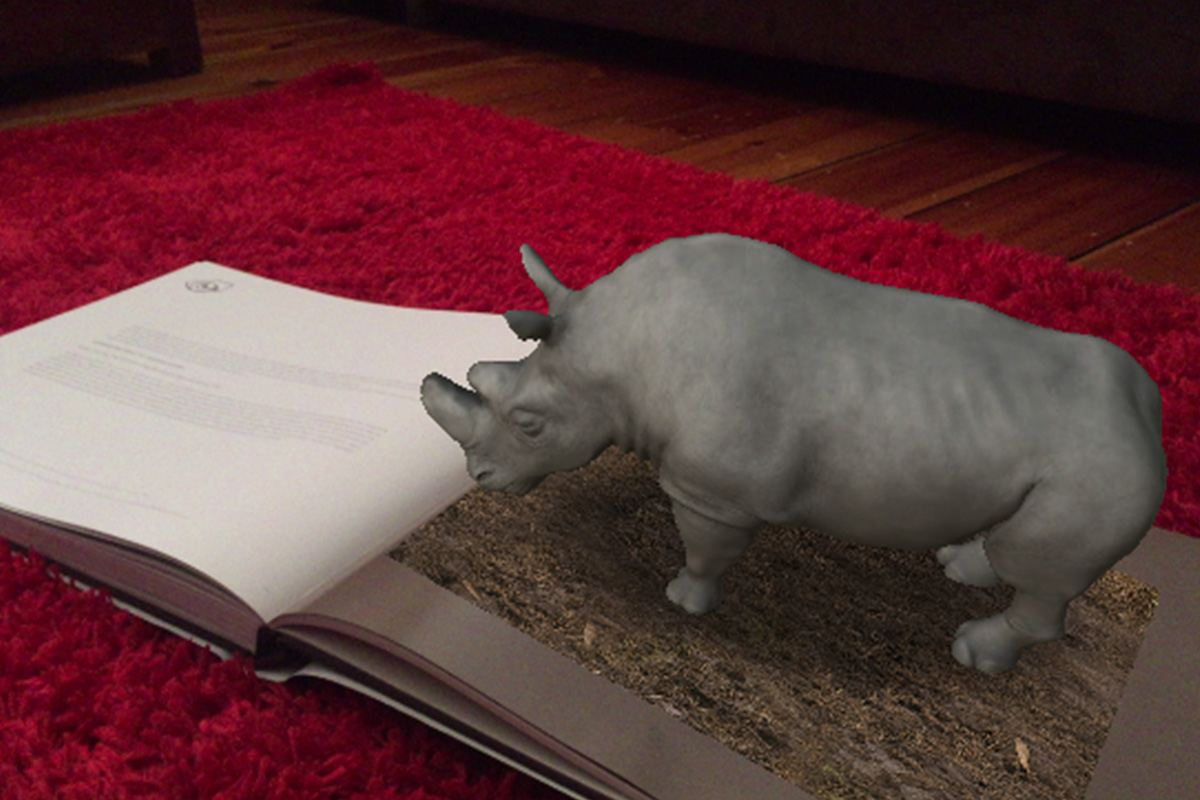 Augmented reality turns the pages of 'Anthropocene' into moving - both physically and emotionally - pieces of art.

Accompanying The Anthropocene Project is one of the most impressive and, equally, moving books I have had the privilege to review. The impact humanity is having on planet Earth is laid bare, but the creators have attempted to underwrite the dire images with a message of hope.

The project behind this publication from Steidl is a multidisciplinary offering with a film and museum gallery alongside the coffee-table book. It combines fine art photography with virtual reality technology to drive home the disastrous impact our species is having on the world.

Canadian photographer Edward Burtynsky, displaying the images at the Art Gallery of Ontario and the National Gallery of Canada from September 2018, travelled 20 countries across six continents with the team in order to collect the footage required. It is a project of breathtaking scope and expertise, with Burtynsky joined for the hardcopy print by filmmakers Jennifer Baichwal and Nicholas De Pencier. Pushing the boundaries of the artform seems to be a thread to Burtynsky’s offering throughout his career, and Anthropocene is no exception. The book offers augmented reality (AR) enhancements, which are activated using the official project app via smartphones. More on that below.

In Anthropocene, we are gifted a take-home version of a stunning gallery that ties together dread from the past and present, with optimism tinged with fear for the future. Anthropocene – the book accompaniment to the multidisciplinary project. Image by Edward Burtysnky, courtesy of Steidl Publishing.

It is hard to succinctly explain the development of this book with any sort of clarity. I first picked it up and began flicking through with astonishment at the quality of both the print, and the contents.

But after taking a breath, I sat down and read the introductory essay by Burtynsky. That is an important part of allowing yourself to bond not only with Anthropocene‘s message, but to give your wonder some sort of context. Regardless, you won’t get through this in one sitting, so you may as well take your time and relish each page. After two powerful essays of prose and photography from, first, the lead photographer, and secondly Suzaan Boettger, you are immediately plunged into the world of drastic-scale landscape photography. For close to 200 pages, a mixture of emotional text and eye-opening imagery assaults the senses, as the reader is taken from urban sprawls to junkyards and across the world’s disastrous industrial agriculture regions.

And that’s all before we’ve even hit the mining towns.

Joining these together are poems by the renowned Margaret Atwood, which only go to add to one’s sense of irreconcilable irrelevance. But that is not to say the optimism does not pervade the pages. For it does. I closed the covers (which I have done numerous times now) with a sense of steely determination to be more aware, and to make more of a difference.

And that, from the mouth of the production team, is the aim. As promised above, I must go into the Augmented Reality (AR) section a bit more. In an effort to truly engage readers with the book’s, and the wider project’s, key message, the team at Steidl implanted a few pages with AR functionality. That is, by downloading an application and pointing your phone at the page, it springs to life.

I was not completely sold on the value of this at first glance. Will people bother? Will it add anything to the book? My concerns were proven not so much unwarranted as much as completely off track. The first AR piece is of Sudan, the recently-deceased last (ever) male Northern white rhino. Having followed his life and death as part of coverage here at Conjour, I found this interaction – for want of a better term – particularly moving. I think readers who take the time to try the app will be left with a newfound resolve to engage with this issue.

From there, the book persists with testimonials for Planet Earth, through both imagery and text.

But my words can only tell you so much. This book must be held, read and appreciated in person to truly gauge the achievement within its pages.

“Now it is becoming clear that humankind, with its population explosion, industry, and technology, has in a very short period of time also become an agent of immense global change. Arguably, we are on the cusp of becoming (if we are not already) the perpetrators of a sixth major extinction event.” – Edward Burtynsky.

“Succeeding the Holocene, it is conceived as being the period when humans became agents of ecological destabilization.” – Suzaan Boettger.

“Considering its light weight and ubiquitous use in daily life, as a technofossil, aluminium will become a significant indicator of human activity on Earth.”

“You can scoop it out of river, before it gets to the sea. But then what? What do you do with it?” – Margaret Atwood.

“The tension here between conservation and industry has been lengthy and ongoing. While there is hope that the coral reefs will recover, the increased frequency of bleaching events will only put more stress on those that survive.” It would be remiss of me not to include the trailer for the accompanying documentary:

You can purchase ANTHROPOCENE direct from Steidl Publishing via this link.

Related Topics:AnthropoceneBookPlanet Earth
Up Next