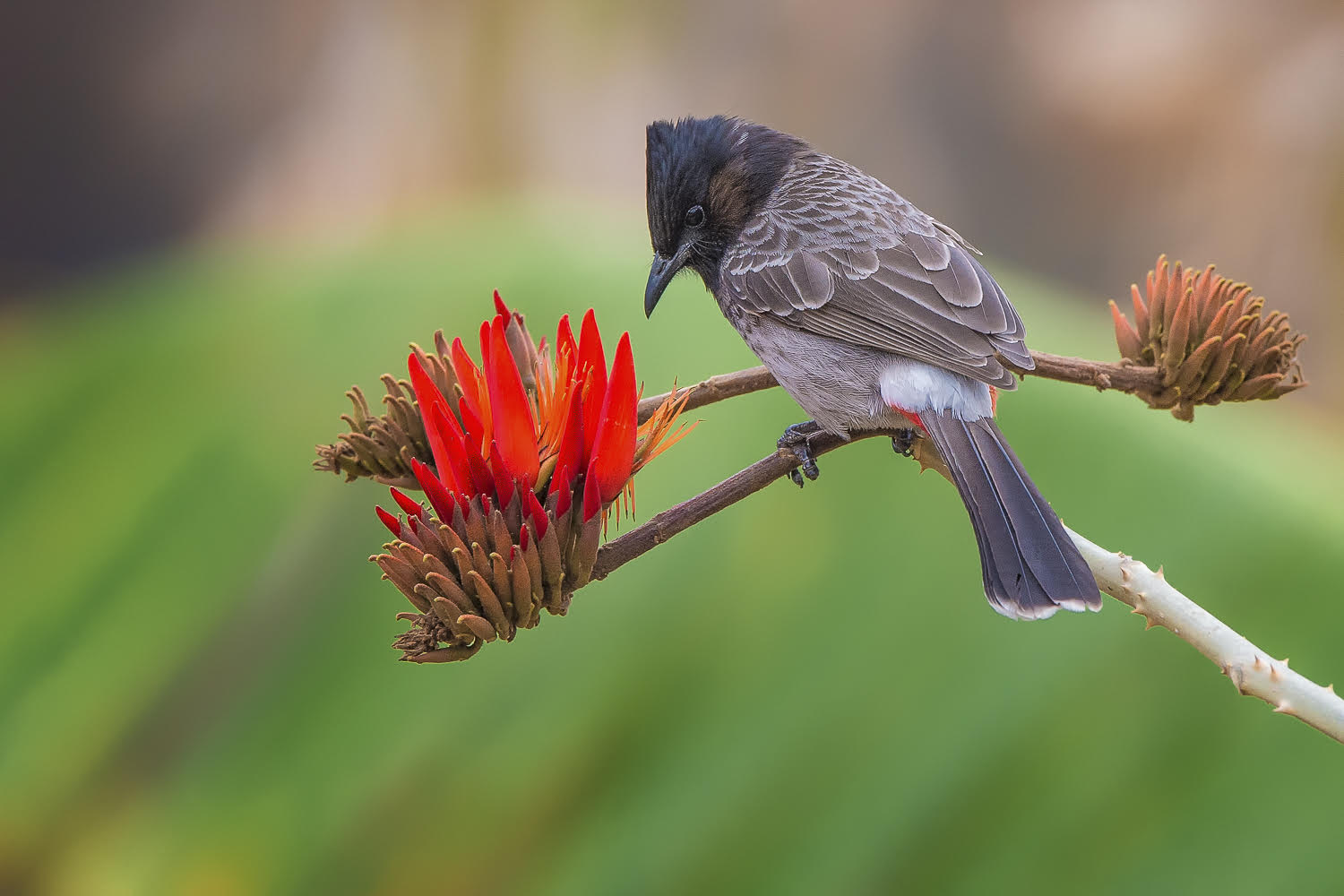 Asia's Wildlife: A Journey to the Forests of Hope. The latest book by Fanny Lai and Bjorn Olesen.

From the Clouded leopard to the Sumatran Surili and the Great One-horned Rhinoceros, Asia’s Wildlife is more than a book for birders despite raising funds for BirdLife International. This hardcover photojourney is a testament to the ability of humanity to change. It is a painting of the impact humans are having across the region. And it delivers statement after statement of what is causing these issues and what needs to be done. Of course, it is filled with the splendour of Asia’s breathtaking birdlife, and it would be remiss to leave that out, yet it is so much more.

It is hard to recall the number of times a page is turned to leave you startled at the species before you. The ability of Fanny Lai, Bjorn Olesen and contributing photographers (I urge you to scan that page at the back) to capture some of the world’s most endangered species is astounding. The rarely sighted White-shouldered Ibis and two huge Bengal tigers mid-fight (by Dhritiman Mukherjee) are but two examples.

Even more surprising is this disclaimer at the back: “Out of the 129 animal species illustrated in this publication, we were unable to find quality images taken in the wild for five species. In these cases we have used photographs from a captive environment.” 124, then, were found in some of the toughest terrain one can search for animals in. On the BirdLife website, Olesen outlines one particular moment immortalised in the book: “In Bardia National Park in Nepal we went down to the river to see if we could spot any elephants. Within 15 minutes a herd of elephants arrived and we got a lot of good pictures. Then 10 minutes later another herd of elephants arrived and merged with the first herd. Half an hour later another herd came, and at that point there were maybe 40-50 elephants. Our guide said he had never seen so many. We were looking at around 50 percent of the elephants in the national park.”

In this publication, Lai and Olesen have delivered an insightful essay on the damage being done to Asian forests, but equally an optimistic shoutout to all the positive work that has been achieved. And they’ve done it all pro bono to aid BirdLife International in their work within these Forests of Hope.

Asia’s Wildlife: A Journey to the Forests of Hope takes you through eight vital forest ecosystems across Asia – the trek was no mean feat by the two authors. It begins with an inspirational Foreword from Princess Takamado of Japan before Lai and Olesen give a background on the driving force behind it all. The elusive tiger – Courtesy of Fanny Lai and Bjorn Olesen From there, you delve straight into the first region: Cambodia, where species from the Forests of Western Siem Pang light up the pages. The next 25 pages are a blur as you realise you’re holding a lot more than you bargained for. For this is no simple collection of images – though a stunning collection it would make. It is is littered with well-researched prose around an area’s history of conservation and current projects under way. There are interviews with locals, including one who saw the last tiger recorded in his state. After Cambodia, you follow along through India, Indonesia and Malaysia, then to Nepal, Phillipines, Sri Lanka and finally Vietnam.

When I first lifted this hefty book, I thought it would probably be a fantastic piece for the coffee table that one can flick through with ease. Instead, I found an insightful, thought-provoking publication that offered me insights I had yet to come across.

After all, did you know that almost the entire Indochinese leopard population is believed to be melanistic? It leads one to wonder if we are watching natural selection in realtime as a result of hunting.

Such are the tidbits that await you upon the purchase of what is an incredible piece of both research and art – with all proceeds going to charity. At more than 4 ft tall (129 cm) the Lesser Adjutant (Leptoptilos javanicus) is a large stork. It is classified as Vulnerable and the global population is less than 10,000 adult birds, with Cambodia being a stronghold.Formerly common and widespread, it has declined dramatically across its range and has been extirpated from many areas in recent decades owing a variety of threats including the persistent and unregulated harvesting of eggs and chicks at nesting colonies, loss of nesting trees and loss and degradation of wetland habitats. Birdlife: One of the many species of Hornbill featured in the book – Courtesy of Fanny Lai and Bjorn Olesen

“But it is a chilling moment when we turn a page and see the doomed Amur Falcons being carried to be killed for food in Nagaland. They remind us how fragile the lives of birds are, and how strong we conservationist need to be, how vigilant and resourceful, to ensure that their forests are never lost and their existence never obliterated. For it is people who hope; birds just are.” [HIH Princess Takamado of Japan, Honorary President of Birdlife International – Foreword.]

“We need to influence people, touch their hearts and engage them to take action on their environment. We need to make people realise that nature is a treasure to be looked after and protected for generations to come.”

“The Critically Endangered Giant Ibis is now mostly confined to the northern and eastern parts of Cambodia, and possibly to the extreme south of Laos. It was previously found in Thailand and Vietnam but is now either very rare or extinct in these countries.”

“‘Sadly, I saw the last Tiger in the area back in 1993 between the O’koul and O’kampha only around 18km from our present Siem Pang BirdLife office. I can so clearly remember the encounter, it was around 3-4 in the afternoon and I saw it for several minutes not so far away.'” [Mai Mem – Interview]

“‘Amur falcons are so easy to catch,’ said Mr. Tajolo Jami, 52, from Pangti village. ‘We don’t have to do anything. They just fly into nets. You could call it, I think, a stupid bird. Laws are made; they are then forgotten’, said Mr. Jami. ‘Give me a reason to not hunt that is of use to me’ (Sinha 2014).” You can purchase Asia’s Wildlife directly via this link, with all proceeds going to BirdLife International.