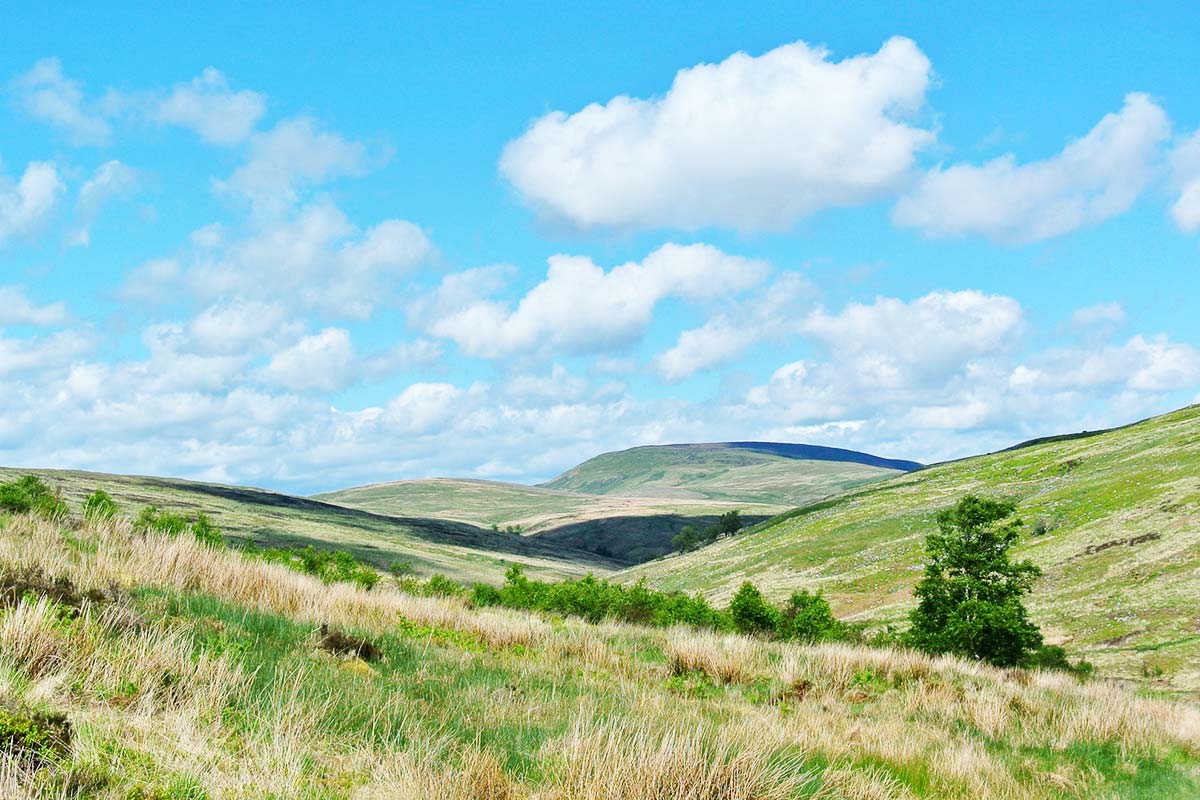 In an age where deforestation threatens millions of animals worldwide, and human encroachment on surviving habitat is making it harder and harder for species to survive, conservationists in Scotland have thought of a new way to give land back to nature.

An initiative to create a vast new nature reserve in Dumfries and Galloway through southern Scotland’s largest community land buyout has been launched on Go Fund Me, with a £3 million crowdfunding campaign to help purchase 10,500 acres of Langholm Moor.

The ambitious plan by charity The Langholm Initiative to create the Tarras Valley Nature Reserve, by purchasing wildlife-rich and culturally important land from Buccleuch Estates, has received a huge boost as the John Muir Trust announced it is donating £100,000 to kickstart the appeal.

The project has received widespread support due to its positive goals of tackling climate change, boosting nature restoration and supporting community regeneration.

The crowdfunder launched today on Go Fund Me at www.gofundme.com/langholm-moor-buyout aims to raise just over half of the £6m valuation on the land.

“Langholm moor is home to a host of iconic wildlife such as black grouse, Short-eared owls and merlin, and is a stronghold for hen harriers – the most persecuted bird of prey in the UK.

“At this critical stage we are asking for the help of the public. We know it’s a big ask at a time like this – but if people can support us by donating to this project we will be ensuring a more positive future for our children.”

Langholm, a once thriving textile centre, has seen this industry decline in recent years. The people of this small town, nestled in the beautiful and dramatic Southern Uplands, have a deep connection to the land, which has never been sold before.

The community wants to seize this once in a lifetime opportunity to have control over their own future. It is hoped that through community land ownership and the creation of a nature reserve, a foundation can be laid for local regeneration, supporting eco-tourism and bringing visitors to the area.

Mike Daniels from the John Muir Trust said: “We are extremely excited about this project. Its ambition and vision is what has attracted us to it and today we are pledging £100K to support the community’s purchase of the land.

“The protection and restoration of wild places and the regeneration of rural communities goes hand in hand and we are delighted to support this inspiring initiative. We call on other organisations to follow our lead and support the Langholm Initiative.”

Much of the support for this project has centred on the ambition of a community to place the environment at the heart of its regeneration.

A summary of the Langholm Initiative’s business plan is available at www.langholminitiative.org.uk. Other plans for the project include the development of small-scale modern business units in existing disused buildings, appropriate renewable energy and responsible nature-based tourism.

A number of other national organisations have offered support to the project.

With the land jointly valued at just over £6m, The Langholm Initiative has also applied to the Scottish Land Fund for £3m towards the purchase, with the other half of the purchase price to be generated through the crowdfunding appeal.

Buccleuch Estates announced its decision to sell about 25,000 acres of its Borders Estate last year.

The Langholm Initiative was formed in 1994, as one of south Scotland’s earliest development trusts. The charity facilitates projects that make a real, lasting difference to the local area and the lives of the people that live there.

To support the appeal, visit www.langholminitiative.org.uk.