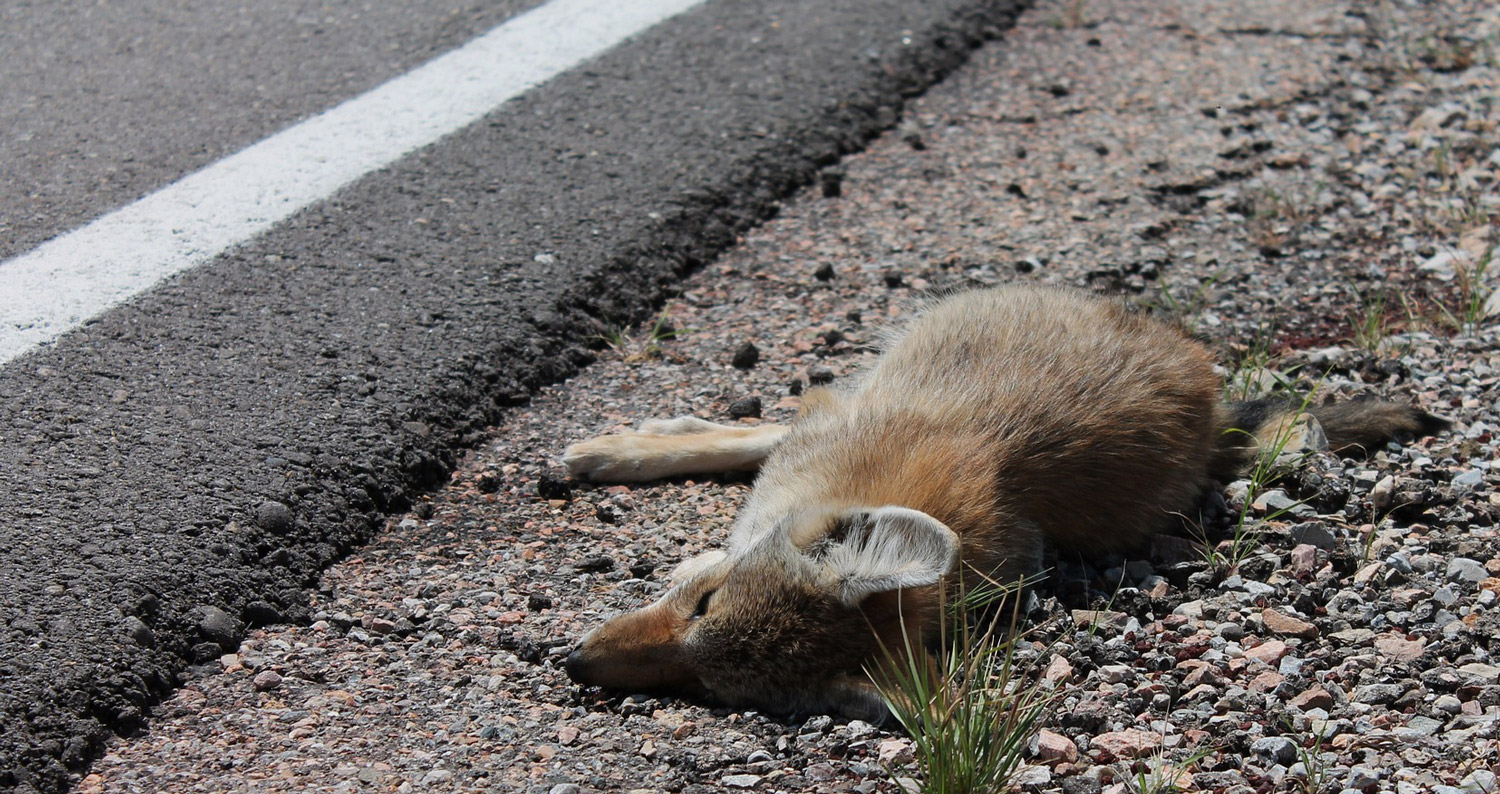 As a result of tens of millions of kilometres of man-made roadways, expected to increase by 60% by 2050, the Earth’s surface is split into some 600,000 sections, most of which are just 100 square kilometres in size. As a guide, that’s about 10% of a Cougar’s (Puma concolor) natural territory range.

Only 7% of roadless areas are larger than this, and just 9% of those are protected. The report’s authors are calling for greater focus from the international community to protect what roadless areas we have left.

How They Did It

The study was completed by an international team of researchers and published in the journal Science this week. Using a globally crowd-sourced road dataset named OpenStreetMap, they analysed 36 million kilometres of road.

Whilst this issue was already recognised, the publication’s authors say this is the best resource currently available and that, whilst not perfect, delivers a critical look at an increasingly dangerous prospect for nature.

The largest areas of roadless land were found in the tundra and boreal forests of Eurasia and North America, and tropical parts of Africa, South America and Southeast Asia.

Despite this, Monika Hoffmann, coauthor from Eberswalde University for Sustainable Development, released a statement saying that they recognise flaws in the system and they overestimated roadless areas. Basically, it’s probably worse than this report suggests.

The impact on wildlife of habitat fragmentation can be disastrous, with the functions of biodiversity and ecosystems inhibited. The researchers also found that, on average, one kilometre either side of the road was directly affected, not just the surface area of the road.

From cutting off access to food and mating possibilities of species, to direct collisions with vehicles and easier access for poachers, nature finds no benefit from roads. On top of this, roads increase human encroachment on these habitats by enabling trade, travel and domestication.

What Can We Do?

In a statement following the report’s publication, co-author Pierre Ibisch said addressing the issue is critical.

“As roads continue to expand, there is an urgent need for a global strategy for the effective conservation, restoration and monitoring of roadless areas and the ecosystems they comprise. We urge governments to avoid the costly building of roads in remote areas, which would be ecologically disastrous.”

In effect, more roadless areas need to be protected from future degradation, and those areas already lost to vehicles need to have other possibilities for animals put in place. One way this can be done is through special bridges and tunnels that species can use to cross over to other segments of land, which has already proved successful in numerous places around the world. Perhaps the most recognisable of these is that found in Banff National Park, Canada seen above. This was part of the Highway Wilding project that was completed in 2013, and put a marker down for what can and should be achieved around the world.

But tight legislation will be critical in ensuring that this problem first stops increasing, and then is reduced.

What We Learned From Planet Earth II