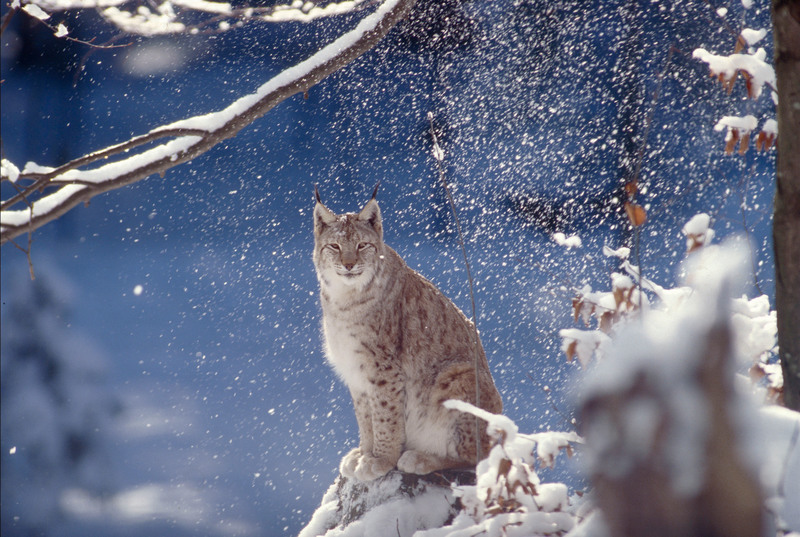 In ZSL’s statement, they gave some effectively haunting examples of the impact seen around the world:

The wild tiger population has been decimated to less than 4,000 individuals worldwide. Leatherback turtle numbers declined by 95 per cent through the 1990s. Perhaps as few as five or six dozen Amur Leopards still roam Asia due to habitat destruction and conflict with humans. Giant pandas, whilst recently receiving a reprieve from the IUCN, were once critically endangered thanks to human encroachment on their habitat. Mountain Gorillas, one of our closest relatives, have seen numbers drop to less than 900 in Africa.

Hundreds of species of amphibians are endangered or have already gone extinct. Major Mitchell’s cockatoo in Australia saw some reprieve from endangerment when laws tightened around illegal egg collection, but have once again had to struggle with increased clearing of native woodland. The maned wolf is seeing important grassland areas transformed into farmland in the Brazilian Cerrado.

The list continued, and such tragedies as these are damning evidence of the serious consequences our race has inflicted upon the natural world.

As more data becomes available, humanity begins to realise the full extent of our impact on the natural world, its ecosystems and the wildlife that inhabits it (or, indeed, the wildlife which once did). The report released today (27 October, 2016) shows that global wildlife populations will decline by 67% by 2020 compared to numbers from 1970.

WWF and ZSL led the study jointly, and are calling for conservation and climate change action to be sped up around the world. The Living Planet Report is one of the world’s most comprehensive surveys to date on the health of our planet, albeit coming under some standard criticism which we’ll cover below.

The findings of the report are perhaps not surprising, yet are truly concerning. Vertebrates represent species that have a backbone, which counts in its family mammals, amphibians, reptiles, birds and others, but the authors say that the seemingly most affected are those species inhabiting lakes, rivers and wetlands.

Mike Barrett, Director of Science and Policy at WWF-UK, said: “For the first time since the demise of the dinosaurs 65 million years ago, we face a global mass extinction of wildlife. We ignore the decline of other species at our peril – for they are the barometer that reveals our impact on the world that sustains us. Humanity’s misuse of natural resources is threatening habitats, pushing irreplaceable species to the brink and threatening the stability of our climate.”

In a press release, ZSL said the report “highlights how human activities including deforestation, pollution, overfishing and the illegal wildlife trade, coupled with climate change, are pushing species populations to the edge as people overpower the planet for the first time in Earth’s history.”

Within the report is a focus on the strain that the agricultural industry places on a number of important elements to healthy ecosystems. These include freshwater systems, which account for 70% of water use, and ZSL says that the industry needs to demonstrate more than just the ability to feed the world: they must be able to do so sustainably.

The report, which is released every two years, comes two months before the UN Convention on Biological Diversity is held in December, and at a time when some charismatic megafauna have been hitting the headlines. Africa’s elephant population has crashed by an estimated 111,000 in the past decade, for example, primarily due to poaching, and recent estimates suggest there remains just over 400,000 elephants across the 37 range states in Africa.

The Living Planet Report 2016, titled ‘Risk and resilience in a new era’, is the eleventh edition of the publication which tracks over 14,000 vertebrate species’ populations from 1970 to 2012 through the Living Planet Index – a database maintained by ZSL. It is this index, however, that has suffered criticism.

One major concern with any macro report trying to deliver specific numbers is any flaw, or potential flaw, in data. Such is the case with the above assessment, with authors admitting that figures from some places and on some species, such as tropical amphibians, is trailing behind the quality and quantity of their Western European counterparts, for example.

But, in response, they say that despite this there is enough data to prove the devastating impact humans are having on the natural world, and that should data be available in such areas it is highly unlikely it would throw up anything other than the same results.

Hope Behind the Headline

Despite the staggering impact visible through studies such as these, WWF and ZSL representatives have assured us that there is time, and methodology, available to fix this.

Marco Lambertini, Director General of WWF International, highlighted that we are capable of recovering from the issues we’ve caused.

“Across land, freshwater and the oceans, human activities are forcing species populations and natural systems to the edge,” he said. “We have the tools to fix this problem and we need to start using them if we are serious about our own survival and prosperity.”

Adding to Lambertini’s message is Professor Ken Norris, Director of Science at ZSL, who said, “Human behaviour continues to drive the decline of wildlife populations globally, with particular impact on freshwater habitats. Importantly, however, these are declines – they are not yet extinctions – and this should be a wake-up call to marshal efforts to promote the recovery of these populations.”

The Impact of Roads on Wildlife