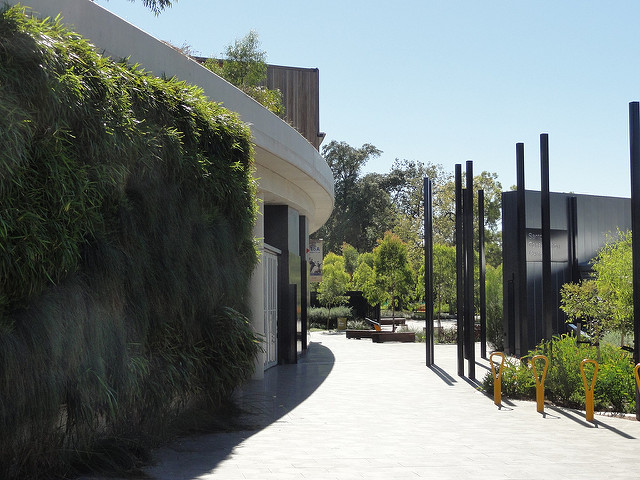 Listing passion, innovation and respect amongst their core values, ZoosSA has set itself a high standard for breaking ground in animal welfare, and for taking on-board the criticisms that zoos inevitably receive. Being a charity, much of the Society’s funding comes through donations and memberships, but they also have some named partners, or sponsors, such as Westpac (Australian banking group).

Adelaide Zoo is a full-accredited member of the Zoo Aquarium Association (ZAA). Much like their counterparts overseas, ZAA publishes a code of ethics and an Animal Welfare Position Statement that members must meet the requirements of. Accordingly, in their animal welfare charter, ZoosSA states that they “exist to save species from extinction and to connect people with nature.” So the scene is set to provide optimal care for animals in captivity, and only do so in order to promote the survival of endangered species and/or to educate the wider public on the importance of conservation and an appreciation for our natural environment.

To meet these goals, Adelaide Zoo has undergone a number of transformations including the introduction of some ‘Immersion’ exhibitions – in global zoological terms this is also known as a BioPark.

Adelaide Zoo has fronted some big enclosure renewals in recent history. As part of an immersive South East Asia exhibition, a new siamang (Symphalangus syndactylus), dusky leaf-monkey (Trachypithecus obscurus) and white-cheeked gibbon (Genus: Nomascus) space was developed, with a walkway at canopy level that leads through to a large aviary. Ten years on, in 2006, the zoo opened the Sumatran tiger (Panthera tigris sumatrae) enclosure as an addition to the regional theme – to national acclaim.

With the tiger being recognised as a ‘charismatic megafauna’ (those species most intriguing to zoo-goers), it’s of little surprise this was an exhibit that needed development. Replicating natural habitats is not only critical for behavioural implications of captive animals – it is now also important in terms of satisfying customer expectations. The exhibit was designed to reflect as near as possible the tropical forests found in the tiger’s homeland, and includes a large pool, high ferns, and plenty of hiding space out of view of the public. Whilst this annoys some zoo-goers, the welfare of the animal is without doubt improved, and research in recent times suggests most visitors respect this.

Adelaide Zoo’s venture into animal welfare improvement through husbandry practices like enclosure design, along with diversification of conservation projects and breeding programs, took another step forward with the introduction of their giant panda (Ailuropoda melanoleuca) space, with two animals (one male, one female) arriving from China in 2009. This area, again, was designed as immersive and educational from a public perspective, and as natural as possible for the animal to encourage breeding success. Thus far, however, attempts to breed the male and female on site have proven ineffective – a problem far from unique where this species is concerned.

There have, however, been some significant positive outcomes from the introduction. With the two pandas being the only ones of their kind housed in the southern hemisphere, the ability to study behavioural differences with their counterparts in the northern hemisphere – as well as nutritional needs and reproductive biology – is helping to lead new research in a species notoriously difficult to conserve.

On top of this, Adelaide Zoo has been able to train both pandas to participate in a number of activities that allow certain medical procedures – like administering medicine – without intrusive capture that can cause stress to an animal.

A great example of Adelaide Zoo’s enrichment program for a variety of animals comes in the shape of their ZAA award-winning addition to the golden lion tamarin (Leontopithecus rosalia) (GLT) enclosure (which you can read more about in our GLT species conservation report). Whilst a simple addition, the GLT run-way that weaves through the branches above the pedestrian path is a brilliant example of simple but effective enclosure modifications that can greatly improve the state of captive animals. And behavioural benefits have been immense.

The activity budget of a captive animal is a quantitative representation, proportionally, of the time an animal spends performing specific behaviours. Studying this is a great way of understanding what’s lacking in an enclosure, and finding out why a species may not be performing species-specific behaviour that they would show in the wild. The GLT walkways – made entirely of mesh and feeding in and out of tropical forest plantings – are seeing 85% of the tamarins’ time. That’s purely by choice, and is a perfect representation of design leading to increased welfare.

Adelaide Zoo is involved in many conservation projects around the world, but one which strikes us as significant is more locally-based. The Brush-tailed rock-wallaby (Petrogale penicillata) is a small species endemic to Australia that was thought to be extinct just a century ago. Since being rediscovered in small, isolated populations, a concerted conservation program has been under way with ZoosSA working in partnership with a number of other organizations around Australia. The method of achieving this is of particular interest.

A cousin of the Brush-tail is the Yellow-footed rock-wallaby (Petrogale xanthopus). As part of the breeding program, the joey (newborn) of a Victorian Brush-tail – critically endangered – is removed from the pouch and fostered by a Yellow-foot. This subsequently allows the Brush-tail to give birth again just a month later, meaning the number of offspring one female can produce each year is greatly increased.

This program is seeing successful results in building the population of a species with less than 60 individuals believed to remain in the wild.