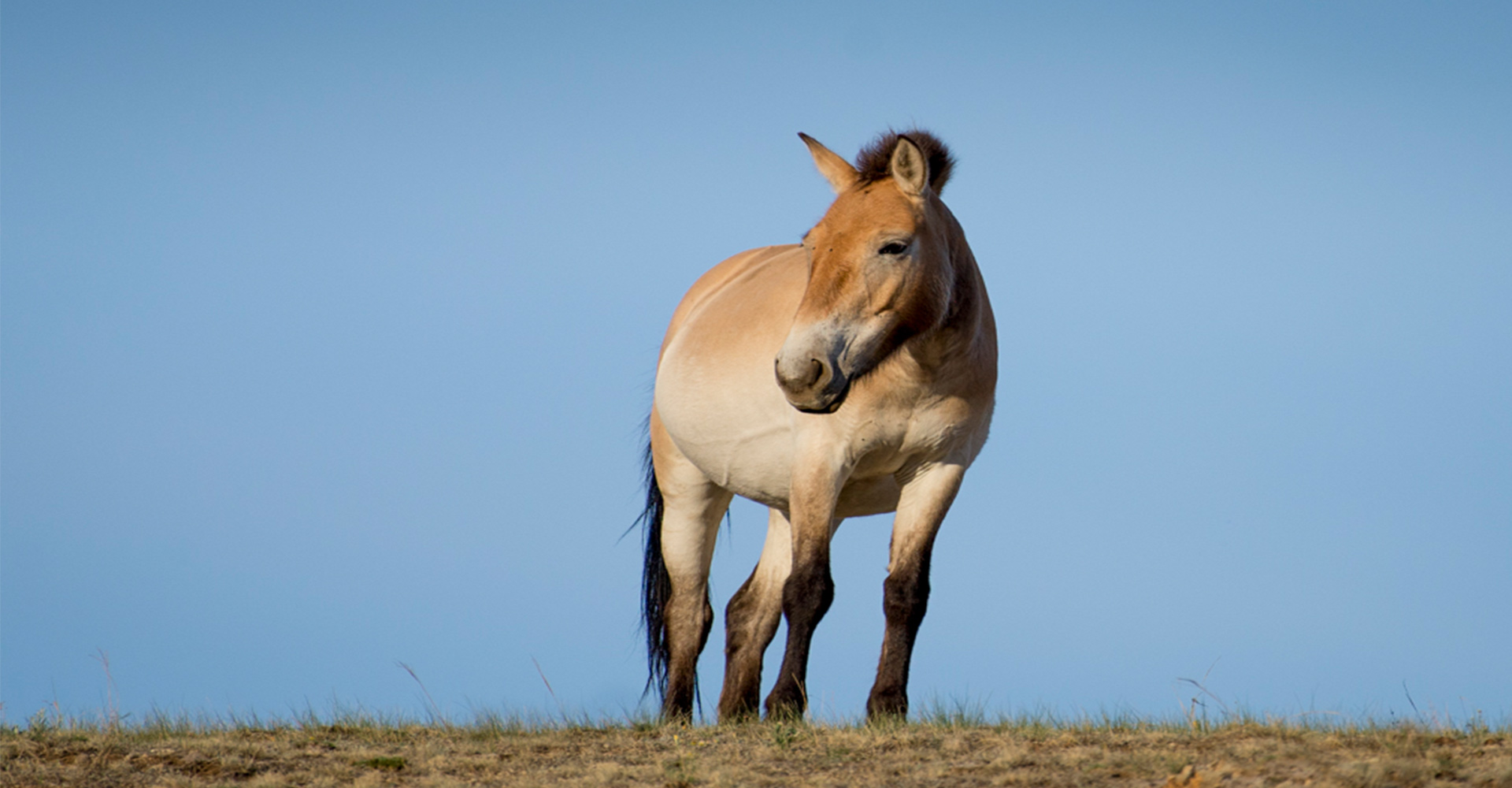 Five reserves were created in the Netherlands and Germany, and a breeding program was established from the horses in captivity; descendants of the wild foals caught in the late 1800’s. On 5 June 1992, World Environment Day, 15 Przewalski’s horses were successfully transplanted to Hustai National Park in Mongolia. Since that date, additional horses have been re-introduced into the park every two years. Today there are more than 350 Przewalski’s horses once again roaming the Mongolian steppes, with more than 30 breeding harems.

In Mongolia, the horses are known as takhi, which means ‘spirit’.

It was my lifelong dream to see these horses – not in a zoo, but in the wild where they belonged. In June 2017, I traveled to Hustai National Park in Mongolia to work as an ‘eco-volunteer’ for two weeks through the organization ‘Animal Experience International’. Along with my two Canadian mates Teaghan O’Grady and Trudy Robertson, each morning at dawn we emerged from our yurt to the waiting van that would take us deep into the Mongolian steppes.

Our Mongolian guide was 21-year old Seke, who had a quick eye for spotting a harem of Przewalski’s wild horses in the hills. The first time we saw the wild horses was a true gift: one of the park’s largest harems was ascending the grassy steppes after quenching their thirst from the river below. One dominant stallion (reddish dun color), with nine mares (reddish blonde) and two foals (lighter in color, almost white).

There was also a yearling with a very shaggy coat, still shedding from the cold winter months. Unlike any wild horses I had ever seen, the Przewalski’s horses were stocky, muscular animals on the smallish side, with leg stripes, a dorsal stripe, brushcut mane and no forelock. These were the horses of 17,000-year-old cave paintings come to life.

We kept our distance, as did the horses. They showed no fear, but they were wary, and our mandatory 200-metre buffer zone was easily kept. Each day we followed our assigned harem of horses. If they were on the move, we were on the move. If they grazed contentedly, we sat on the grass and ate our lunch. We studied the Przewalski’s horses and recorded data for the biologists working to ensure the success of the re-introduction program. We also took the time to breathe it all in, with a 360-degree view of nothing human, just miles and miles of stark grassy slopes, patches of birch trees, giant boulders and the occasional red deer off in the distance.

I believe the world needs feelgood conservation stories now more than ever.

The collaboration between international scientists and caring citizens to bring these wild horses back to their homeland in Mongolia gives us hope for the future of other vulnerable species. This project was not so much about horses as it was about our own humanity. On my final morning as an eco-volunteer, from my perch on a giant boulder atop the Mongolian steppes, I could see a harem navigating a rocky ledge below. A foal had decided that this was a good spot to lie down and rest. The stallion halted the group and took his position as protector, standing watch like an emperor over his kingdom. As the sun continued to rise I could see a cloud of dust in the distance. More wild horses, galloping across the grasslands just as they had done for centuries.

At that moment all was right in the world.

Sandy Sharkey is a writer and wildlife photographer who travels the world in search of her favourite subject: the horse. Sandy specializes in wild horse photography. You can see more of her work at: www.sandysharkey.com

All images in this article by Sandy Sharkey – All Rights Reserved 2017.

Wildlife Photographer of the Year 2017