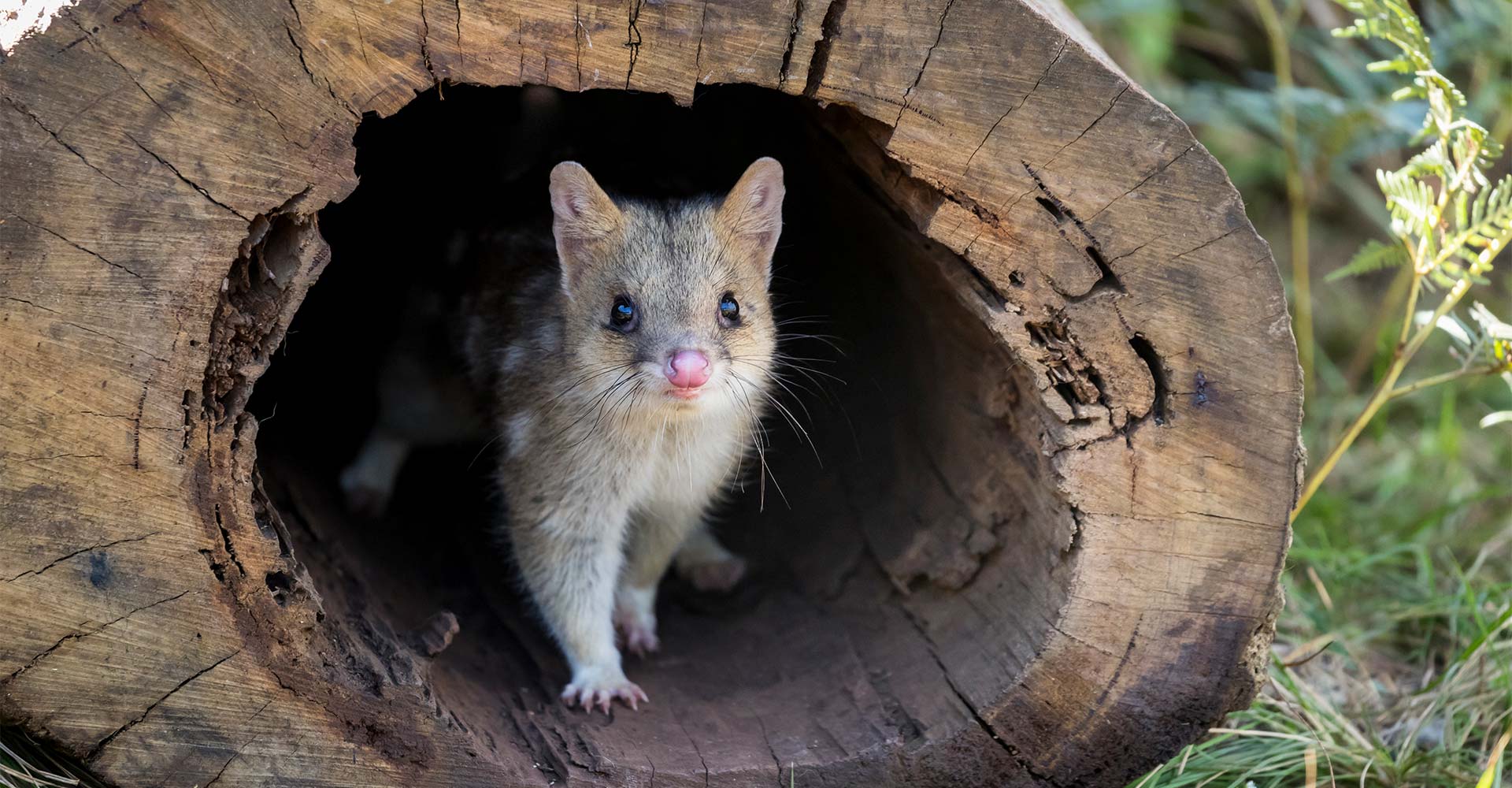 There is an exciting project under way to return endangered native species to the wild, and it starts with the critically endangered Eastern quoll. Here, we provide an update on the Aussie Ark project.

The team behind Devil Ark announced earlier this year that they were working on a new project: Aussie Ark. The mission is to save 5 native species from an uncertain future, and it starts with the Eastern quoll.

Because of our support of Rewilding Australia’s Eastern quoll program, we thought it worth featuring the exciting work of Aussie Ark.

In March, the team – led by Tim Faulkner – raised $75,000 via a Pozible campaign to help them kickstart the project, which aims to breed the Eastern Quoll, Long-nosed Potoroo, Brown Bandicoot and at least 2 other species suitable for semi-wild release into large, predator-proof fenced sites in the Barrington Tops, NSW, for eventual reintroduction to the wild.

What do they hope to achieve?

By 2020, Aussie Ark hopes to have six insurance populations of the selected, keystone species. And, 5 years later, the plan is to release these species back into the wild.

Aussie Ark says their program for Tasmanian Devils (Devil Ark) has proven sustainable, and on their fundraising page outlined the figures:

“It costs $1,500 to raise an Eastern quoll and to secure their future! In 2016, the Australian Geographic society funded the construction of a ‘Quollery’, a complex to breed quolls. We are now ready to expand the Quollery.”

“100% of the budget will be spent on the construction of enclosures, nests, captive breeding facilities and enclosures, captive husbandry management, food, veterinary treatments, predator-proof fencing for semi-wild release and monitoring,” Aussie Ark said. “In our first year, we intend to breed 35 quolls.”

This funding, they explained, will build new enclosures and nesting boxes, and begins the “journey to return these amazing species back to Barrington Tops.”

How is the project progressing?

In late April, Tim shared a video giving a progress update on the project. He said it’s coming along quickly.

“This week we received our recommendations.,” he continued. “Now, that governs who will breed with who: the pairs we will put together this year… We’re expecting another 40 joeys in just a couple of months.”

That means the team is right on target for the 70 new quolls promised in the campaign.

Tim said that July is set as the start of work at the Barrington Tops location, and should mark a 6 to 7 month period before the team is ready for first releases.

How can you help?

The Ark is a registered environmental organisation and charitable institution under the Australian Charity and Not-for-Profit Commission. They have deductible gift recipient status and are registered for GST purposes. You can support them via this link: Aussie Ark.

A big thanks goes to Foundation for Parks & Wildlife who donated the final-day $5000 to get the campaign across the line. If you’d like to support them, go check out their work at the link above.

Related Topics:AustraliaConservationEastern Quoll
Up Next

Win a Free Print of a Jason Savage Rhino Photo