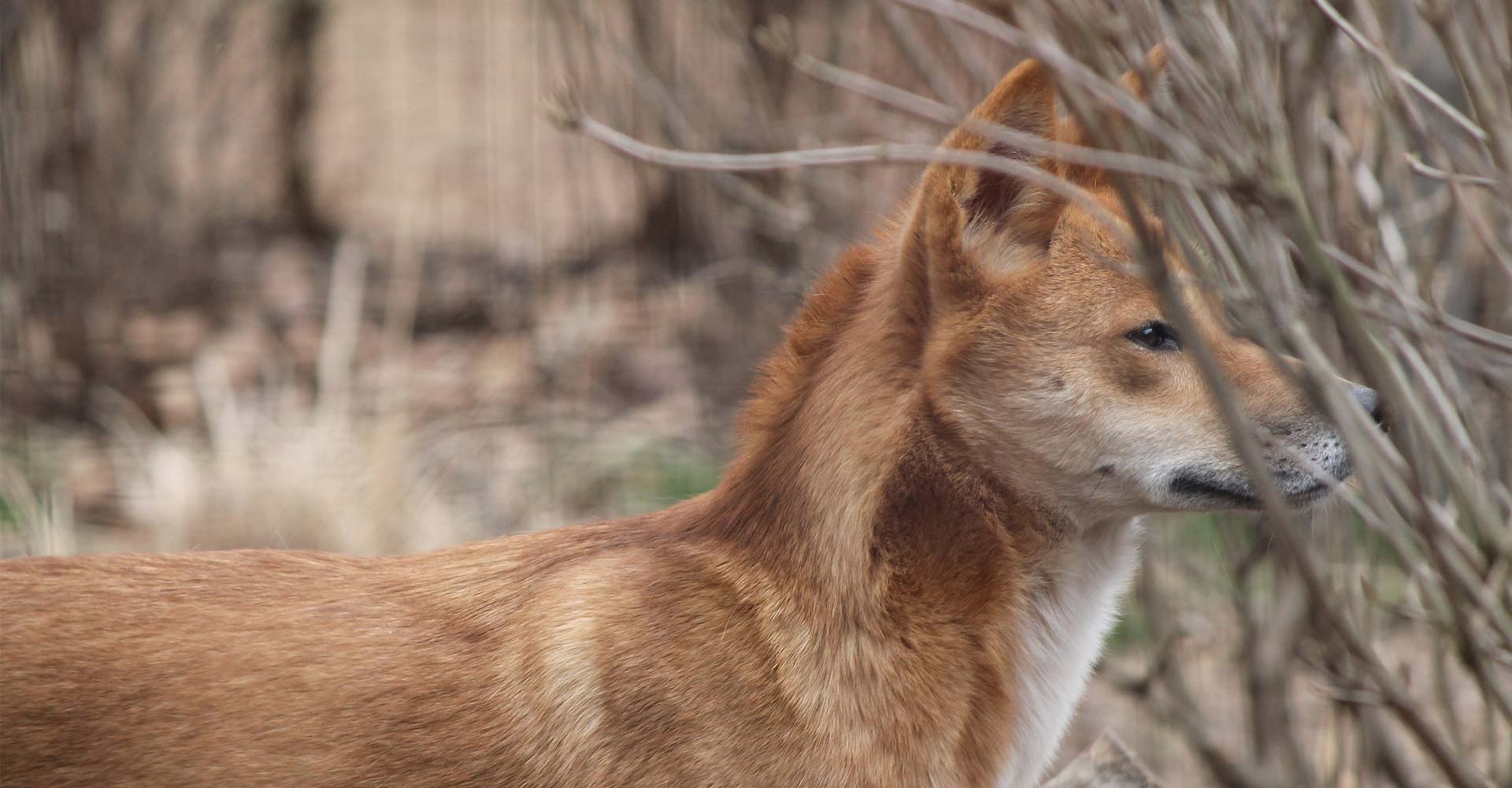 It is quite common in Australia to see signs in the outback warning of dangers to people and pets of coming into contact with poison baits laid out for the Australian wild dog – the dingo. The poisoning or shooting of the species by farmers is purportedly in the name of protecting livestock from predation, and is even sometimes in response to a legal requirement from the State.

A number of issues arise from this, as dingoes live in family groups with social structures that, when damaged by extensive culling, fall apart. This negatively affects the behaviour of the individuals and the pack.

A new report, Cattle mortality on a predator-friendly station in central Australia, was published in the Journal of Mammalogy recently. It reviews the practices in place to avert predation on livestock in Australia, and how this may negatively affect not only the wider ecosystem but the very assets that farmers think they’re protecting.

“They limit the densities and affect the behaviour of wild herbivores such as kangaroos (Macropus) and goats (Capra hircus), which enables more productive and diverse vegetation communities, and they also suppress mesopredator populations such as red foxes (Vulpes vulpes) and cats (Felis catus),” they continue, citing Wallach, Letnic and Colman reports.

This is believed to reduce pressure on smaller, native prey animals which has obvious effects on the wider Australian ecosystem. They argue that this persecution of dingoes, pushed heavily by the farming industry, has had a huge impact on mammalian extinctions in the country.

What is the dingo? It is a canine found in various regions across Australia, usually a golden brown colour, and can reach 60cm at shoulder height and 150cm from nose to tail. It preys on small to medium animals including kangaroos and feral goats.

Introduced thousands of years ago, the Canis dingo is classified as its own species and is recognised as a native animal of the island nation. It plays a critical role in the environments it inhabits as the apex predator. As with apex hunters elsewhere in the world, it performs duties including population control of native and feral species, and damage control from introduced, or feral, pests like the fox and cat.

Listed as Vulnerable by the IUCN, there is a real risk that – should the culling of the dingo continue unabated – Australia could lose its second apex predator since the extinction of the Tasmanian tiger (Thylacinus cynocephalus) last century. That would prove catastrophic for the wider ecosystem.

What Did The Report Show

The report says that, contrary to popular and disseminated belief, livestock deaths may actually increase as a result of the culling of this unique animal.

“Large predators are declining worldwide primarily due to hunting and persecution by humans, driven in large part by the livestock industry,” write Wallach, Ramp and O’Neill. “Some ranchers are transitioning to “predator-friendly” farming by adopting nonlethal predator deterrents. On very large rangeland properties, such as the vast stations of the Australian arid zone, ending lethal control may in itself reduce livestock losses by enabling the predator’s social structure to stabilise. The dingo, Australia’s apex predator, is commonly subjected to eradication campaigns to protect livestock. We analysed causes of cattle (Bos taurus) deaths on Evelyn Downs, a 2,300-km2 predator-friendly station in central Australia, for two years after dingo protection was established.”

Their findings showed that, over this period, husbandry-related challenges and environmental conditions were the leading causes of cattle death. As the dingo populations stabilised and social structures were able to remain in place, predation by dingoes on livestock decreased. More important than predator control in slowing livestock death is, it would seem, improvements in husbandry practices.

The authors say a major challenge facing the farming industry is improving their perspective on the role of predators in the Australian landscape.

“Poisoning, shooting, and trapping of predators are common industry practices to protect livestock and are significant threats to this imperiled and ecologically important group of species (Ripple et al. 2014). Promoting nonlethal-“predator-friendly”—pastoral practices has the potential to improve both animal welfare and environmental outcomes across large regions of terrestrial landscapes (Johnson and Wallach, in press).”

By leaving dingoes alone, we enable the predator’s well-formed social structures (family packs with one breeding pair) to self-manage predation techniques and frequency. With continued culling, family systems fall apart and predation likely increases on the back of splintered populations.