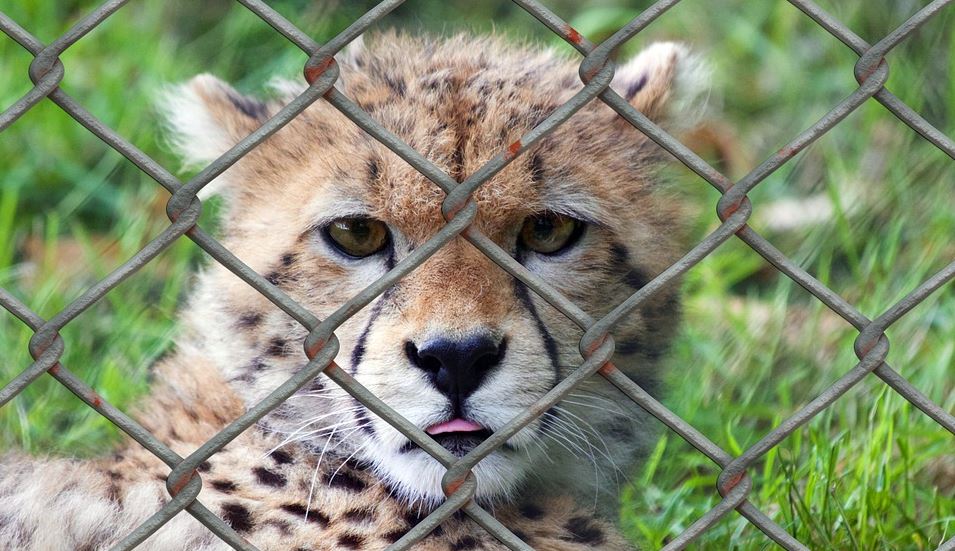 People Have an Issue With Zoos

There is a part of me that sympathises with groups who argue for the closure of zoos. I understand their anguish at seeing animals in enclosures usually far smaller than their natural range. Some zoos, of course, deserve to be shut down because they lack the ability or desire to provide what are now commonplace, basic animal welfare practices. On top of this, there are some species which are just not suited to life in captivity. In those instances, the debate around how to conserve the animal must be objective, fair and scientifically-backed.

The zoo as an idea, however, must be defended. Responsible zoos are of the utmost importance for the salvation of countless species, and without this industry, we would be missing many more an animal than has already disappeared into the ether. In this discussion, zoos will refer to ex situ conservation, as opposed to in situ which comprises practices like habitat management.

OneGreenPlanet recently published a piece titled ‘Why it’s a problem if animals go extinct in the wild but exist in zoos.’ Whilst the premise of the article itself is not a terrible one, its inflammatory hyperbole and lack of fair debate is.

In it, the author writes, “Ultimately, when we visit a zoo, we are seeing a watered-down, confined, apathetic version of the free-spirited beings that captive animals would be in the wild.” A bit later comes the line, “Over the past forty years, the planet has lost 52 percent of its wildlife, with most of this loss driven by human activities.”

There exists an issue in this argument: The joining of one: a denouncement of the safety-net that zoological institutions can be, and two: the admittance of the disappearance of the native habitat of most species.

One major concern I have around groups calling for the closure of zoos is their use of a small brush to paint an entire industry. In the same article, the following line appears: “Zoos rarely release animals back into the wild, as their attempts at captive breeding usually fail because of poor conditions and the stress of captivity.”

Many assumptions are damagingly brandished in those 25 words without giving reasonable acknowledgement to the many organisations doing better.

The role of responsible, modern zoos is not to replace wild habitats. It is to ensure that public education, conservation promotion and in situ support are enabled whilst the animals in their care are looked after with enriched, happy lives. More and more, we’re seeing this intertwined with captive breeding programs and long-term reintroduction aims.

Emma Ellis for Wired nicely summarises the challenge of balancing captive-conservation with in situ protection when she says, “Resist the pull to overuse captive techniques, and conservationists are left with sensitive stewardship of wild habitats. But humans haven’t quite figured out the best way to share their position at the top of the food chain. Get the balance wrong, and you endanger not just the animals — but humans and their livelihoods.”

This sort of recognition of the need to achieve a balance is far more helpful than campaigning for the removal of an entire industry to appease our fickle conscience when confronted with poor examples of zoos. For zoos can be done right, and successful captive breeding and reintroduction programs are a consequence of industry research and ongoing growth.

Contrary to what some would argue, captive breeding can and does work.

Take the Scimitar-horned oryx (Oryx dammah) as a recent example. Naser Al Wasmi for The National reviewed the animal’s successful reintroduction – a reversal of their extinction in the wild – to the grasslands of Chad following a captive breeding program. In the piece, he quotes Steve Monfort, Director of the Smithsonian Conservation Biology Institute.

“This is an epic homecoming for this majestic species and a significant step forward for wildlife conservation,” Monfort claimed. “This project was designed to give scimitar-horned oryx that chance, while also helping restore this grasslands ecosystem and to inspire similar reintroduction efforts for other species.”

This group of reintroduced animals come from a previously private collection kept on a wildlife reserve in the United Arab Emirates which, along with individuals from around the world (for genetic diversity) have been bred for this sole purpose.

Let’s reflect on that for a second: This magnificent species was hunted to extinction sometime between two and three decades ago. It’s now back in the wild, with a group of more than two dozen being collared with GPS tags for the Zoological Society of London to track important data that will aid future reintroductions.

The oryx example above is captive breeding done right, and it is not a solitary tale. It reflects an ongoing improvement in how we care for and help endangered animals through zoos of all shapes and forms. In Essentials of Conservation Biology, Richard Primack wrote the following:

“Captive breeding and subsequent re-introduction of a threatened species is an important and in some cases very successful tool for species conservation. Critics point to the need to conserve/restore habitat, list examples of failures, decry the cost, and argue we should rescue species before they are on the brink of oblivion. Fair enough. But, captive breeding saved the bison. Wolves roam Yellowstone and the Upper Peninsula of Michigan, the Peregrine Falcon is off the endangered species list, golden-lion tamarins thrive in the Brazilian forests, whooping cranes perform their mating dances along river banks in the west, and many more species might similarly be rescued.”

It is results like this that we should look toward when seeking an answer on the value of zoos and captive breeding. Not the poor examples of zoos in which animal welfare is not a major concern. Most conservationists in the zoological industry would agree with the need for such institutions to be closed or dramatically refreshed.

The IUCN Red List has received an update, and whilst some good news has come out of it, many species have been added to the critical pile. Whilst you may see issues with the current state of many zoos, it is these same bodies that will likely have a major say in what species survive the coming decades. Habitat loss, climate change and instances of human-animal interactions aren’t slowing. At some point, people will need to realise that captive breeding and reintroduction may be the only way to save a vast number of critically endangered species.