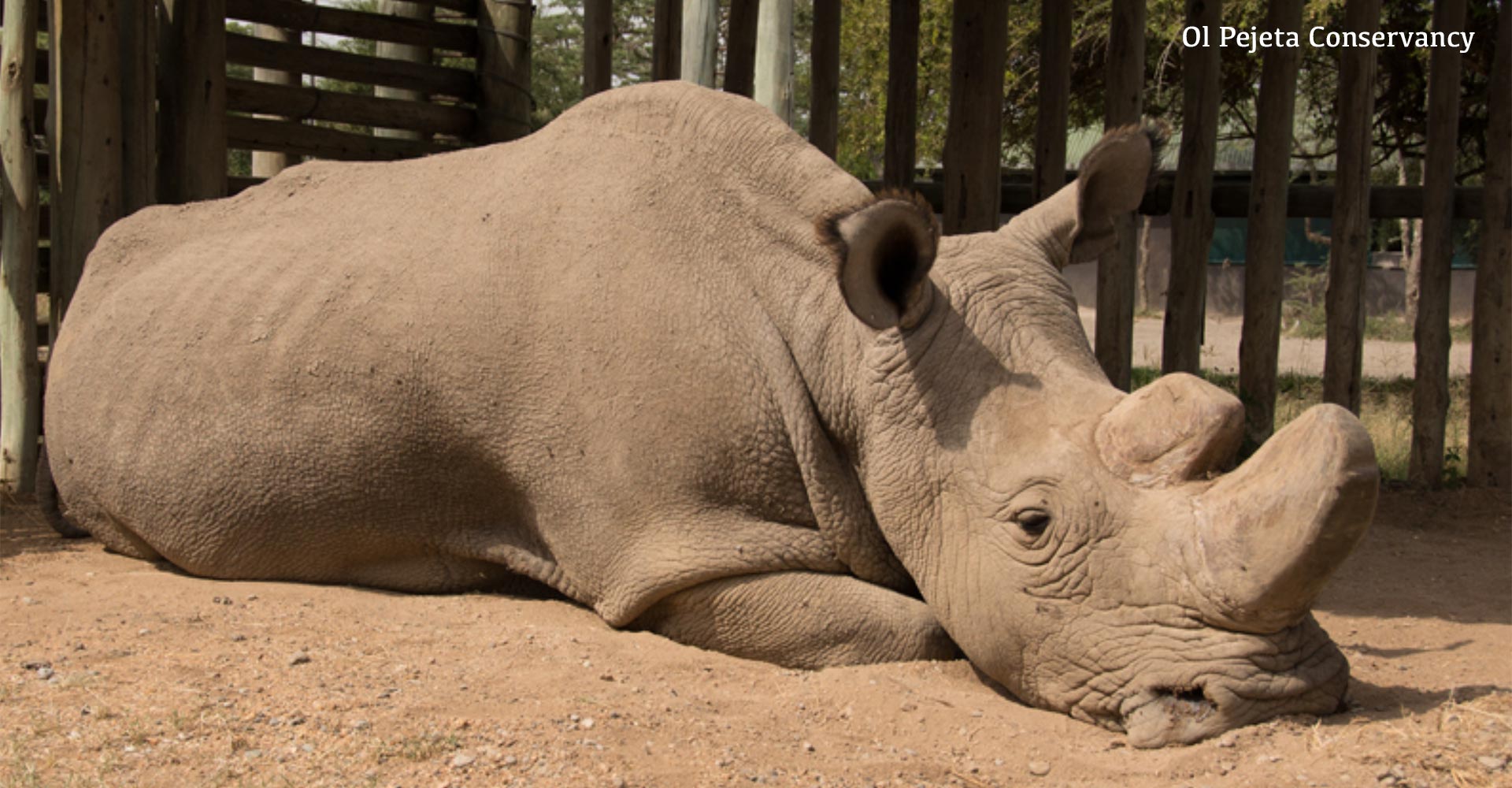 The last surviving male northern white rhino (Ceratotherium simum cottoni) has died in captivity at the Ol Pejeta Conservancy in South Africa, where he spent the past nine years under heavy guard to protect him from poachers.

In 2015, carers realised he had passed his breeding years, meaning that with him – along with two surviving females – this incredible species would disappear forever.

Sudan, as he was known, spent many years in a Czech Republic zoo, being an ambassador of the fight that all rhinos face in the wild. In 2009 – following the extinction of his species in the wild – he was taken to Ol Pejeta where conservationists hoped to breed him with the females in order to save the northern white from complete extinction. The importance of the project came into sharp focus following the deaths of his conspecifics, Suni and Angalifu, in 2014, leaving Sudan as the final male of his kind.

A brilliant idea was implemented to help raise much-needed funds, and in turn Sudan became famous when a dating profile was placed for him on Tinder. He was, for a while, the world’s most eligible bachelor.

Sadly, to date, IVF hasn’t worked. But Sudan’s genes have been saved and, as technology develops, those in the field hope that Sudan’s ancestors may be brought back from the abyss.

IVF a lifeline, but not the point

Whilst IVF gives us hope that we won’t lose these animals forever, it is by no means a certainty to work. It also really shouldn’t be the focus of what is an absolute travesty either way.

Human ignorance, greed and apathy has doomed the northern white rhino, as it has so many other species, to extinction, and we must do better.

Without dramatic improvements around our treatment of planet earth, we’re not only dooming other animals to extinction: we’re heading that way ourselves.

To donate to the Ol Pejeta cause, click here.

Share this story with your friends, because this sort of news should be heard by everyone.

All images in Sudan, the last male northern white rhino, is dead’ are courtesy of Ol Pejeta Conservancy – All Rights Reserved 2018.

Win a Free Print of a Jason Savage Rhino Photo

Eastern quolls are back from extinction