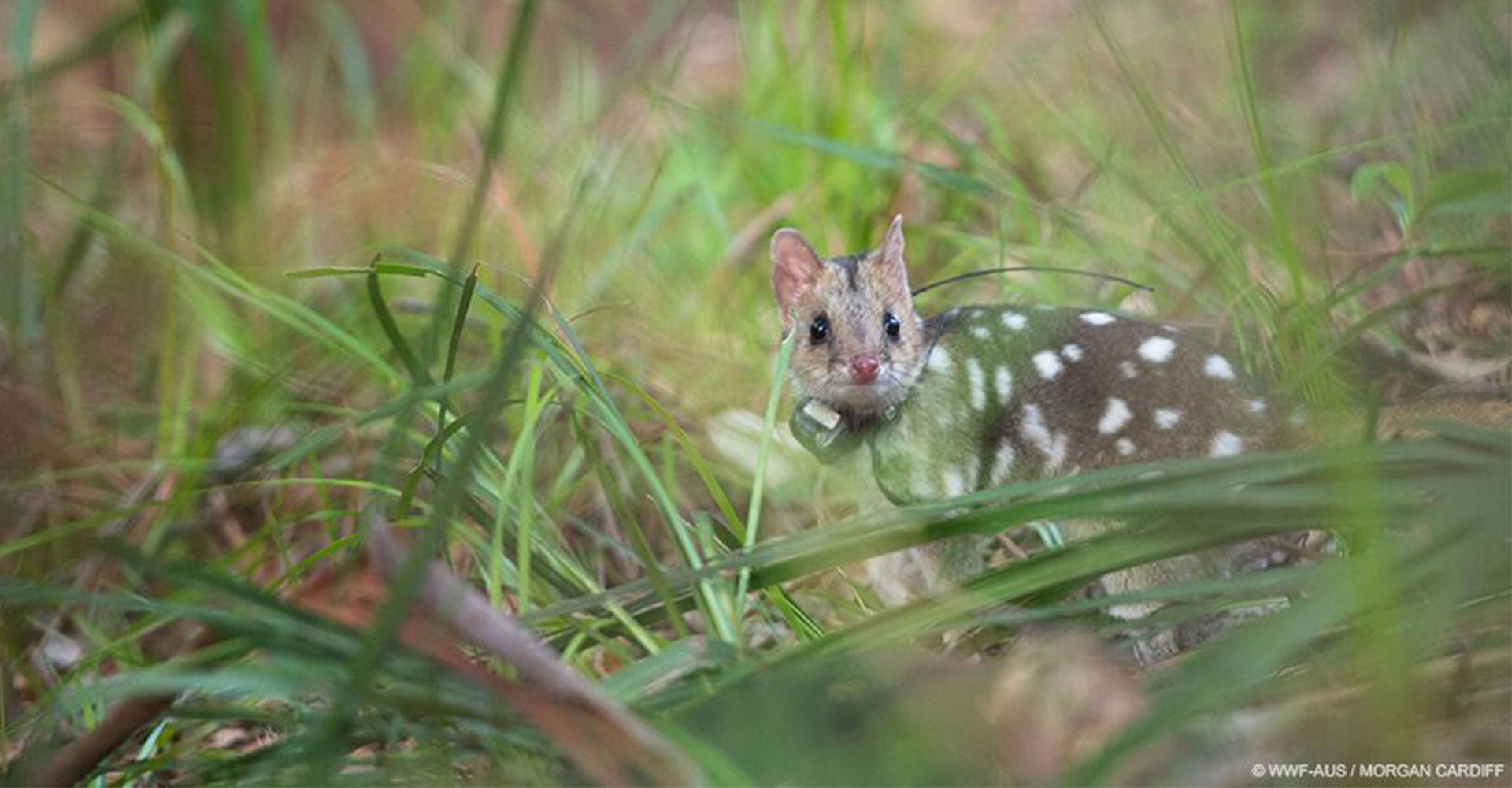 Eastern quolls are back in the wild on mainland Australia thanks to the efforts of Rewilding Australia and partners. Conjour is proud to have supported this project, helping to build the transportation boxes used to safely move the adventurers to their new home.
This eastern quoll reintroduction summary is from Rewilding Australia:

Tuesday 13 March, 2018 marked the first reintroduction of eastern quolls into the wild (outside fenced sanctuaries) on mainland Australia since their disappearance from our mainland ecosystems almost half a century ago.

Our 20 pioneering eastern quolls are now discovering their new home in Booderee National Park, on the south coast of NSW, after this historic release. While it is early days, it’s encouraging to hear from our team on the ground that they have tracked and pinpointed all 20 animals in the first 48 hours and they are generally staying close to their release site.

The 11 females and 9 males were transported from Tasmanian sanctuaries Devils@Cradle and Trowunna Wildlife Sanctuary, flying up under the care of Shane ‘Chicko’ Sturgeon – one of Booderee’s indigenous rangers from the Wreck Bay aboriginal community.

Landing at the Jervis Bay Airfield at 1pm, they were then transported to the Booderee National Park ranger station to undergo final vet checks before being taken to five different sites where they were released before sunset.

They will be monitored continuously by the teams from The Australian National University, Booderee National Park and Rewilding Australia over the coming months as they settle into their new home and hopefully find a breeding partner. The journey for the eastern quoll back to mainland Australia is not over – this is only a first step in an extensive research program on how to manage threats to eastern quolls, so the species can thrive in its natural habitat.

Together, with our program partners, we aim to return the lost ecosystem function the eastern quoll provides, whilst ensuring that no generation ever lives without experiencing the beauty of eastern quolls in their natural environment.

We’re excited to keep you updated on their progress and we thank you for your generosity in helping to return this unique species to our forests.

If you would like to help our friends at Rewilding Australia continue their work restoring Australian ecosystems, visit this page to donate!

All images in ‘Eastern quolls are back from extinction’ courtesty of Rewilding Australia and WWF – All Rights Reserved 2018.