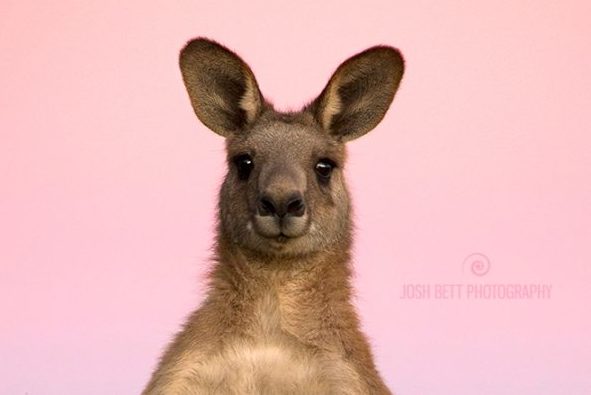 My photographs are a product of my instinctive passion for creativity and nature, two areas that I’m drawn to like an insect drawn to a light. Too often, the world gets caught up in their own life, without appreciating the diverse beauty of all the other forms of life that surrounds our every move in every corner of the planet. My photography is just a small portion of that; the life which immediately surrounds me in regional New South Wales, Australia. I have two main drives creating my body of work, the first being art. I believe there has always been some form of a gap between photography and art, the masters of photography worked hard to have photography accepted as fine art. Unfortunately, with the mass production of imagery in the digital era we currently live in, the gap has again widened. I fear that the art form of photography is being lost in the sea of a new generation of digital photographers. Wildlife photography, in particular, has never been closely associated with the art world, but with the work of my peers such as Nick Brandt, I am greatly inspired to also try bridge that gap.

However, most of my drive comes from conservation. I find it very alarming at this day and age that there is still so much negligence in the way we treat Earth. The miracle of life that Earth harbours has taken billions of years of evolution, for us to come along and exploit it in the blink of an eye. Our obsession with possessions, I feel is the utmost issue facing humanity. We have to change our way of thinking, take action and inspire others to unite.

With art and conservation in mind, I aim to capture carefully composed images of the natural world that hopefully have universal appeal and create a connection between the viewer and the subject. My goal is to inspire, remind and teach my audience of the importance of wildlife/nature conservation and to encourage photography enthusiasts to more thoughtfully compose images.

My island home is Australia, which encompasses much of the world’s most distinctive biodiversity, yet it has the highest mammal extinction rate in the world. According to the Australian Wildlife Conservancy, over 1,700 species are listed as threatened with extinction. There are 30 native mammal species or subspecies believed to have become extinct in Australia since European settlement.

I photograph both native and non-native species, I don’t favour photographing one or the other, but thankfully there are more native subjects to capture. I always have several images in mind that I want to achieve, and one of my goals is to capture more photographs of foxes. Mostly, because in my area they are a very challenging subject to find let alone photograph, probably because they are mostly nocturnal. The fox above was very skinny and mangy, I believe it was taking a chance on investigating my scent. The image is a part of my “Australian Moments” collection.

As much as I like to photograph foxes and admire them for the animal that they are, it has to be remembered that the Red foxes found here in Australia are not native and have posed a serious conservation problem ever since they were introduced in the mid-nineteenth century. They carry most of the blame for Australia’s poor record of recent mammal extinctions.

It is important to me to capture my subjects in their natural habitats. The main thing I aim for in all of my wildlife work is to include some of the surrounding environment, so they could be classified as environmental portraits. This helps convey a story and the other elements in the image can be used creatively to generate more aesthetic appeal.

Usually, most wildlife photography you see online today is of tightly cropped subjects, focussed on being as sharp as possible (pun intended). In my work, creating an aesthetically pleasing composition is my main objective, and technical things such as low noise and clarity are a bonus.

Most of my work is shot within a few kilometres of where I live, not because it’s abundant in wildlife, there’s actually less than a lot of places, largely due to the extent of rural farmland. I shoot locally because it’s so easy; if I have a spare hour, I can spend it shooting, but more so, because I believe it’s important for wildlife and landscape photography as it allows you to become an expert in your area. You get to regularly observe the same animals, you begin to see patterns in their behaviour and they become more used to you, even feeling like you get to know them personally which all results in better photographs! You also get to know which location is the best to go at different times of the day, season and/or depending on weather conditions. I have a different style of image that I shoot, for every time/weather scenario, so I can always go out and capture photographs if I get the urge, regardless of what is going on outside, because I enjoy it, regardless of the results.

Rather than photography primarily being about subject matter, I believe it should first be about creating an image out of anything, rather than simply capturing an image from a moment. When you get the hang of creating, then couple it with capturing moments and I guarantee your photography will improve.

For example, I often don’t plan what or where I’m going to shoot right up until I’m getting ready to leave home because it doesn’t matter to me – I have a dozen go-to locations up my sleeve. I know my subject will be wildlife but the actual species and location of choice is based on what is going to produce the best image at the time. This puts me in the right spot at the right time, any special moments that happen while I’m there is just luck, but the beauty of this approach is; I created that luck.

I am currently working on several series of images, outlined below:

Australian Shapes Collection – A series of familiar Australian shapes using wildlife silhouettes as the subject. As a viewer, this series has a strong focus on the subject matter, however, as the photographer, the species doesn’t matter to me. It’s about the colour, shape and negative space more than the subject itself. A challenge of wildlife photography is to include less in your image – the old “less is more” concept is one I really like. Silhouettes make this possible, so I can concentrate on the artistic elements of each image. This involves me running around hillsides to get myself in the right positions. It can be exhausting, but I’d choose doing that than getting on a treadmill any day!

Australian Portraits Collection – A series of environmental portraits of wildlife with eye contact while in their natural habitat. Most of my subjects are aware and comfortable with my presence, and at some point they will make direct eye contact, which is the “decisive moment” I look for, just as Henri Cartier-Bresson looked for in his street photography. Direct eye contact is the strongest means of communication, shows the subject has nothing to hide and creates a connection with the viewer, which is the emotion I want to conjure from a conservation point. Australian Moments Collection – Another series of environmental portraits of wildlife, with a different “decisive moment” usually of action or intimate moments, it is basically my personal favourite moments, that I’m likely never to capture again.

Australian Impressions Collection – A series of motion blurs, mostly shot at around 1/25th of a second. As a wildlife photographer it feels unnatural to shoot at such slow shutter speeds, and it is a very challenging technique often taking hundreds to thousands of frames just to get just one composition I would consider worthy of this collection. Editor’s Note: Please be aware that some of the images featured in this article have been re-sized for Conjour‘s website. For full images in original state, please visit Josh Bett’s website linked above.

A Visual Celebration of Borneo’s Wildlife