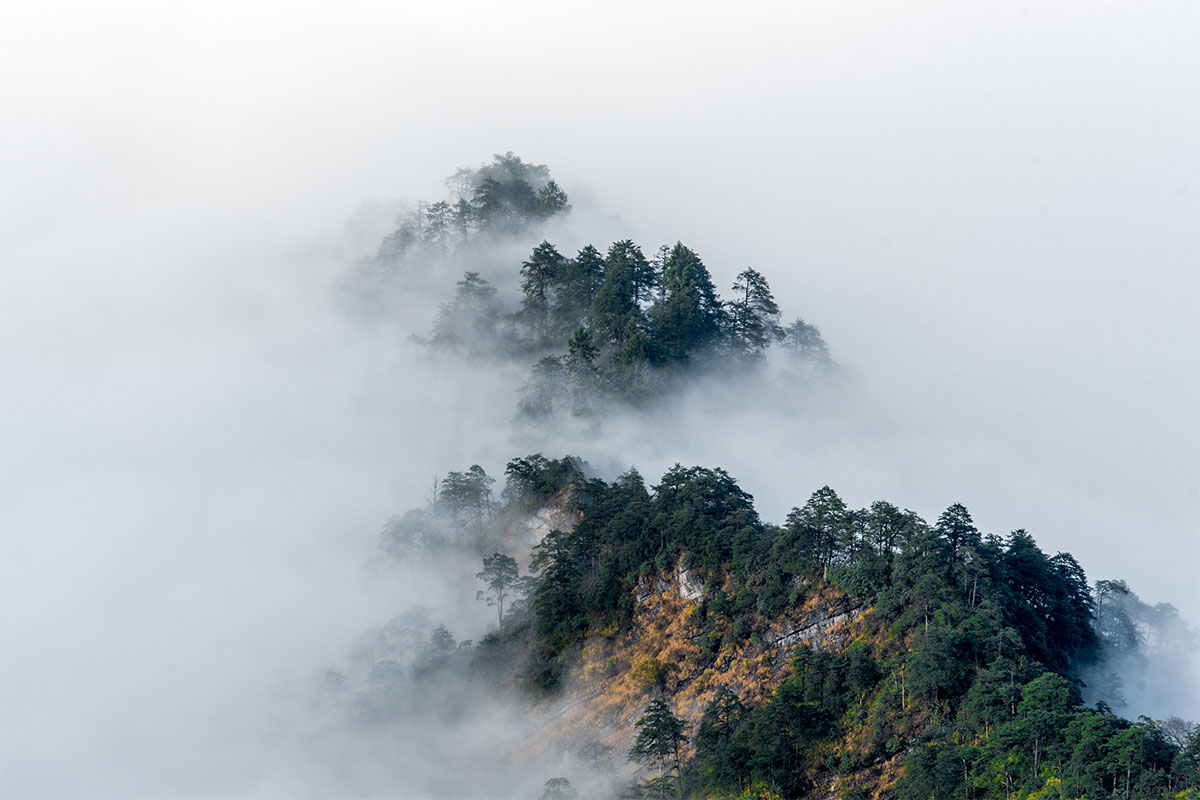 The air up there – Courtesy of Kyle Obermann

One place that I’m particularly passionate about is China. I studied Chinese language as an undergrad, alongside environmental studies and politics. After that it made sense to go to China and see what I had gotten myself into. There’s a whole different side to China than that which is represented in the media. Much of China is wild, magnificent and worth exploring – and it’s a massive honour that I have been able to do so. I spent nine days trekking with Sichuan rangers, going deeper into the reserve than even some of the rangers had gone before. The first two days when we were still above the tree line were very enjoyable. Every step was a new one, and it is a really special feeling to know you are documenting places that have actually never been documented before. This feeling does come with a lot of pressure however, the sense that you need to photograph it well in order to represent it accurately to others. These are moments that I treasure with photography, when you know you’ve got the opportunity in front of you to photograph something new and amazing.

My experience with the Sichuan rangers was one I’ll never forget. I realised quickly that the Sichuan men were not out to enjoy nature. But neither were they struggling against it. They ascended and descended peaks and trackless jungle in plain clothes, as casually as they would for a morning commute.

All the while, I battled through the jungle, snagging my Goretex clothing on everything I seemed to pass. Our relationship with the wild was worlds apart – for them this was work, not play.

But we had a mutual goal and a mutual respect for each other too. Surveying the wildlife and removing the poachers’ traps is essential to the conservation efforts of giant pandas in the area. And that I could help that effort by documenting their work, was really special to me. Of course, as with everything, you’ve got to take the good with the bad. The last four days of the trip, we descended below the tree line, having not seen any signs of the giant pandas yet. We had to hack our campsites out of the soaking undergrowth and go through the repetitive process of finding and losing the animal trails we were trying to track (the Anzihe Nature Reserve is one of the few places in the world where pandas and snow leopards roam the same space).

It was a painful process but you have to keep reminding yourself that it’s all part of the price you pay for going to someplace completely unknown. Finally however, on the seventh day, we encountered our first real sign of the pandas. Dry and bamboo filled droppings on a high, rocky ledge. It was amazing knowing we were so close to these magnificent animals.

Out in the field, I mainly use a hand-held camera. It may sound obvious, but I feel comfortable using this because it allows me to capture what I’m seeing with my own eyes. I’ve got some of my best shots this way. Six months ago however, I bought a drone. I think this is the biggest game changer for photography at the moment. Drones open up so many new potential paths for immersive storytelling, so I’m really beginning to consider how to use these tools to more effectively document the places I go. Wind down – Courtesy of Kyle Obermann

Being able to explore such an undiscovered wilderness is something that I crave as a photographer. When you know you are having the privilege to document something that no one has done before, it really motivates you to pull out your camera and shoot, even when every cell in your body is resisting.

That’s still the hardest part of photography for me: in the most challenging moments, where all you want to do is retreat, still forcing yourself to take out the camera and shoot. Because if not you, then who else will, and why did you even come?

That’s the burden, but also the addiction, of storytelling.

Click here to read more about Kyle’s expedition to the Anzihe Nature Reserve.

I Went In Search of A Wild Lynx