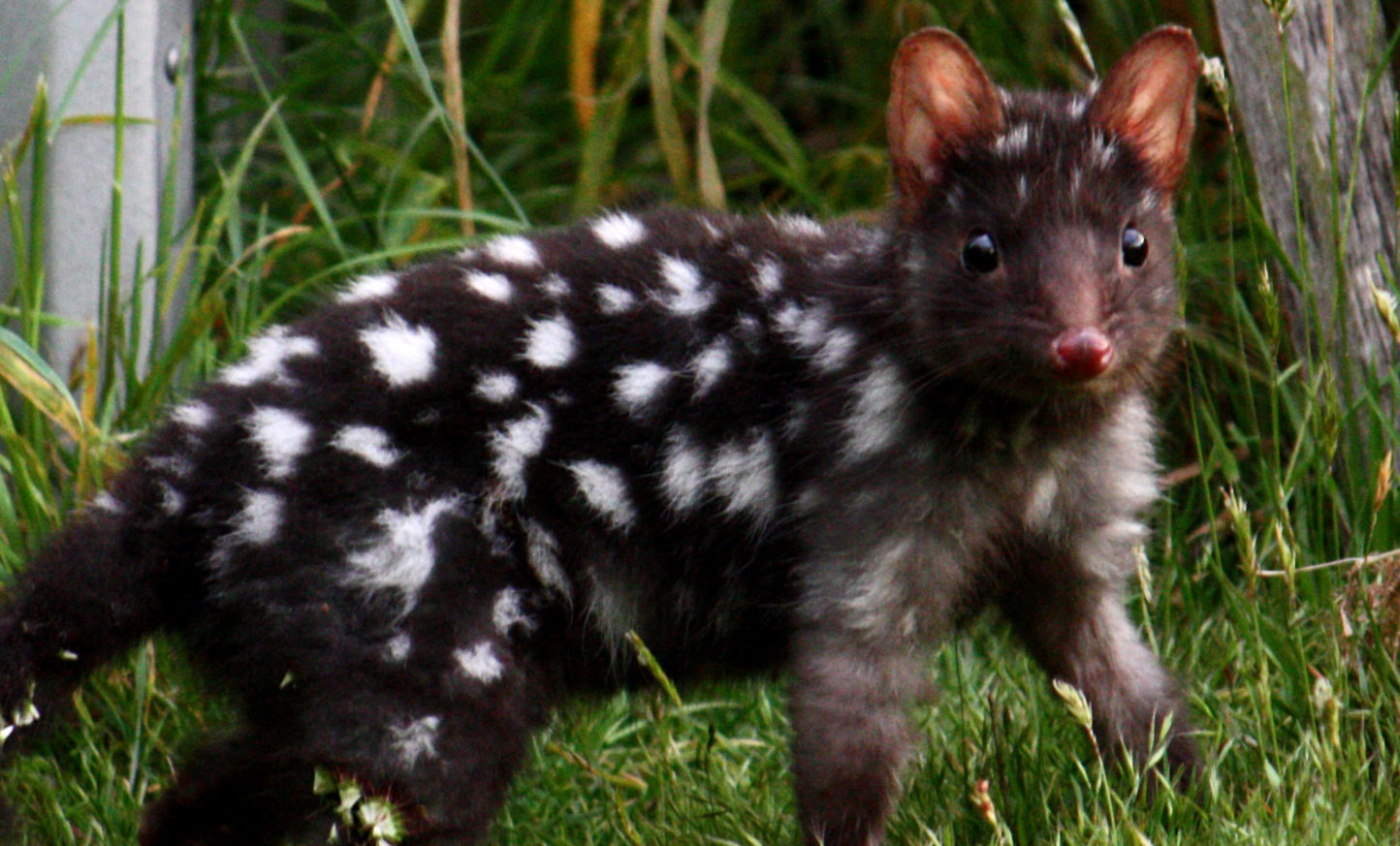 There is an exciting captive breeding program underway at Devils@Cradle and Trowunna Wildlife Park. With support from Rewilding Australia and Conjour, the sanctuaries are breeding the Eastern quoll (Dasyurus viverrinus) and developing proposals to reintroduce the species to suitable habitat across its former range.

The Eastern quoll is still relatively widespread in parts of Tasmania, although has experienced significant declines since 2000. It has fared even worse on mainland Australia, where it is believed to have become functionally extinct by the early 1960s.

To learn more, check out our ‘In Situ Work‘ page, and keep a check on our ‘In Situ Update‘ page for latest developments and pictures from on the ground.