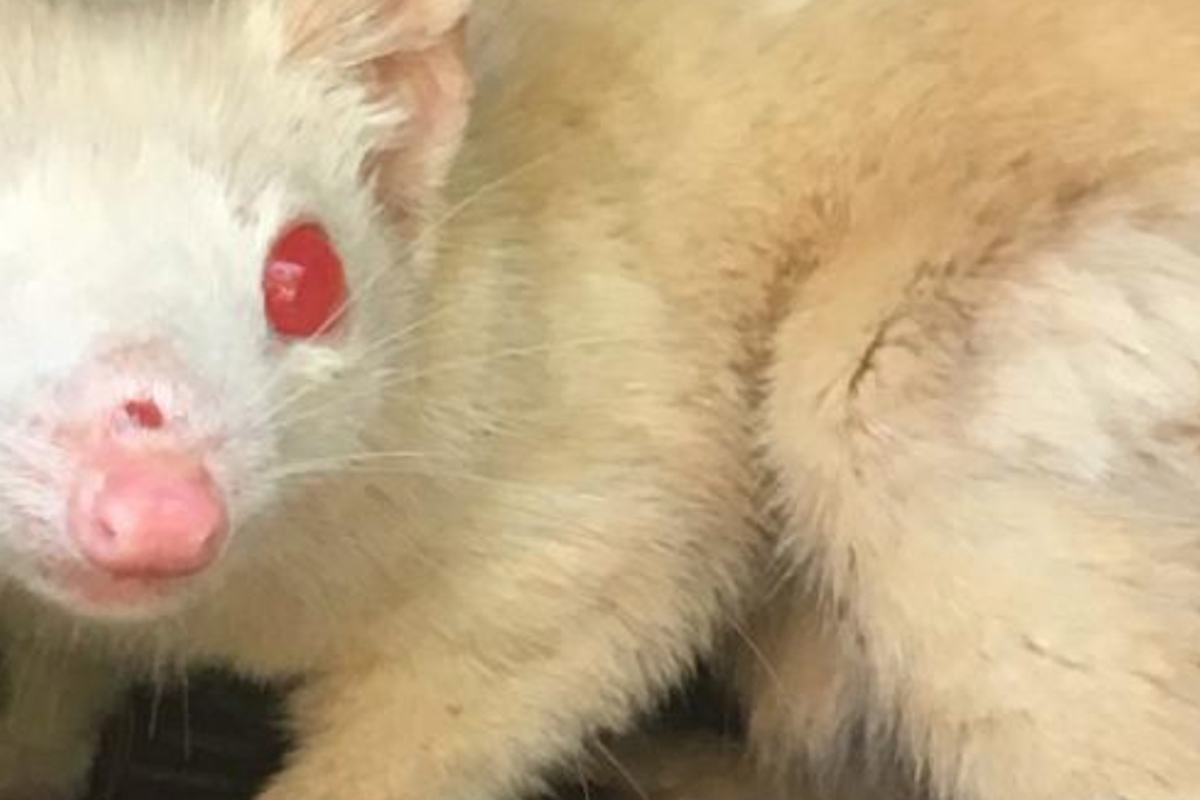 “Albinism is something we know occurs in all species, but this is the first time we’ve come across an albino quoll.”

The northern quoll is the smallest of the four Australian quoll species and related to the Tasmanian devil. They are about the same size as a meerkat and known for their reddish-brown fur with white spots. “The albino quoll is really unusual looking with her white fur and intense red eyes. Her fur is also much softer than a regular quoll’s,” Dr Dunlop said.

How was the white quoll found?

The quoll was captured and released as part of a collaborative research project with Charles Sturt University, in conjunction with monitoring work on DBCA’s Pilbara Northern Quoll Research Program.

Dr Dunlop said the young female was found to be carrying eight joeys in her pouch.

“The joeys are too young to have hair and their eyes haven’t opened yet, so we don’t know if they have inherited their mother’s albinism,” Dr Dunlop said.

“Albino animals are susceptible to UV damage, but given northern quolls are nocturnal she doesn’t seem to have had much sun exposure and appears very healthy.”

Northern quolls are classed as endangered, with the strongest population in the Pilbara. In other locations, numbers have dramatically declined, and in some cases collapsed completely as a result of cane toads.

What is a quoll?

The quoll is sometimes called Australia’s ‘native cat’, and was previously found widespread across the island nation. However, human impacts like habitat destruction, hunting and road collisions decimated the populations to the point that some subspecies, like the Eastern quoll, went extint on the mainland.

Organisations including Rewilding Australia are working to reverse that decline, reintroducing the Eastern quoll (which survived on the island state of Tasmania) in a landmark project early in 2018. Rewilding Australia, with the help of groups including WWF, have reintroduced the Eastern quoll onto Australia’s east coast.

Love quolls, or want to know more? Head over to Conjour’s dedicated Quoll news page, where we keep you up to date with our work supporting, and helping to raise awareness for, organisations saving these special animals.

Back from the dead: Eastern quolls thriving on mainland Australia