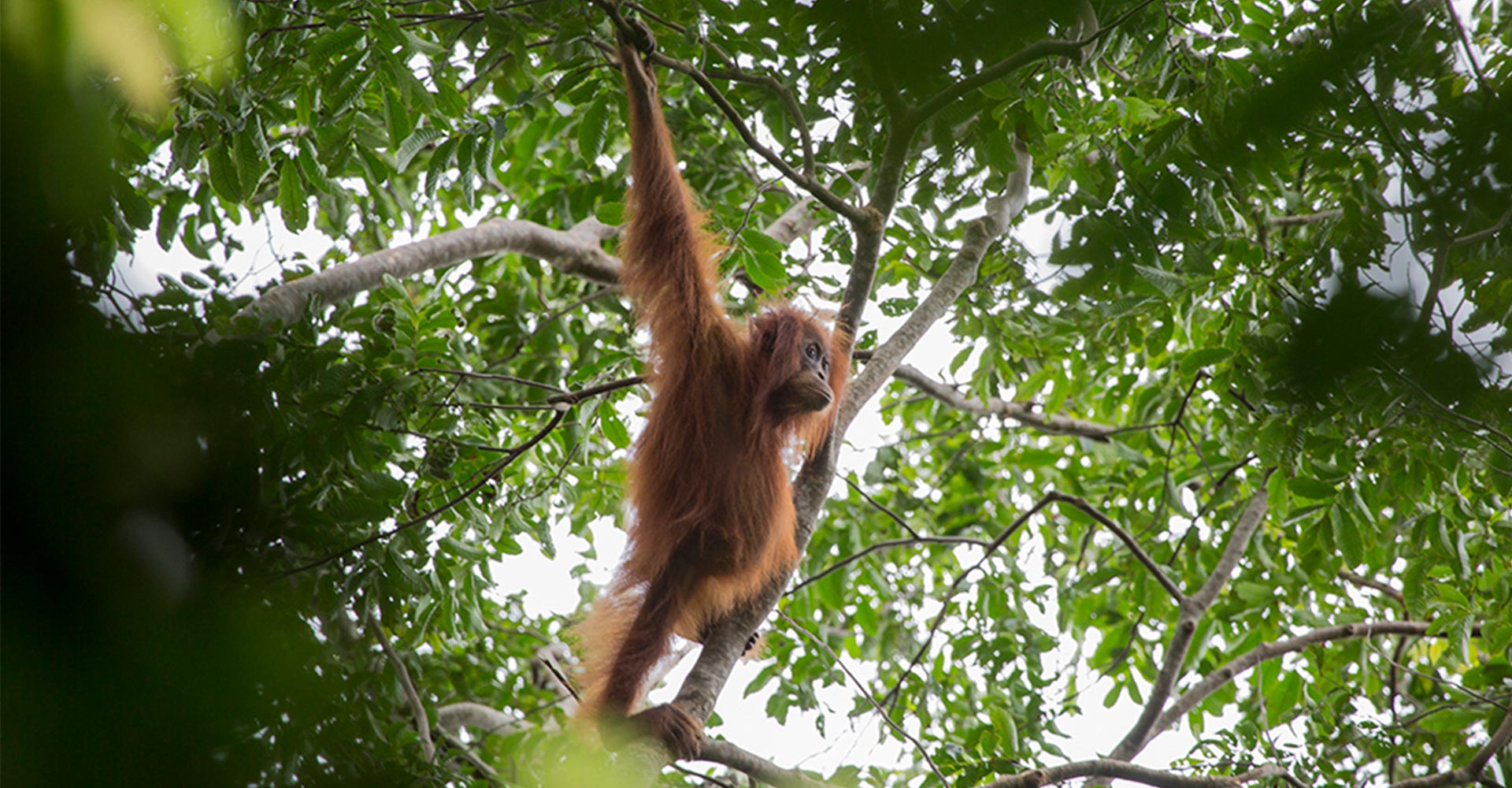 Conservation photographer Jason Savage ventured into Sumatra in search of the critically endangered species hiding in the forests and palm oil plantations on the island. His first article in the Sumatra series (A Fragile Ecosystem) took us on a journey with The Rangers of Tangkahan, and here we rejoin him coming across fresh tiger tracks.

Just after midday and after walking several kilometres with the rangers from the Sumatran Ranger Project, we approached a small village on the top of a small hill. The rangers and I sat down under a shelter out the front of a villager’s house. The little old lady went inside and grabbed some coke and tea for us. The elderly man and the Rangers began chatting in Indonesian and seemed to be getting quite animated. I’m unsure what’s going on when David turns to me and asks if I would like to go see some tiger tracks.

It’s the middle of the day, it’s hot, I’m sweaty. But when I heard those words – tiger tracks – I was suddenly up and about.

Where they shouldn’t be

We traded our walking for scooters, as the elderly man led us along the bumpy road toward the jungle. It was barely ten minutes of riding in the direction that we had already walked from when the man stopped and pointed to a puddle. There in the mud was a massive tiger track. What was even better was behind the big track: a slightly smaller track. The elderly man said they see a mother tiger and her two sub-adult cubs quite often.

I was caught up in the moment – one of the most beautiful and secretive animals on the planet had walked this path not too long ago. I was so excited. We took down data, measurements and took photos of the pug marks. But when you look up, you realise that this tiger track should be found in the jungle on an animal trail.

The jungle and animal trail were right there in front of me, but to the sides and behind me there were no trees. Only man-made excavations in the form of terracing and, neatly spaced out three metres apart, were small palm oil trees, only a metre high.

You could see where this tigress and her cubs had come out of the jungle and walked along the path. But what was more disturbing was that just 50 metres up the road we had found eight snares set for pigs on some small animal trails.

The rangers from the Sumatran Ranger Project patrol the buffer zone of the Gunung Leuser National Park, where human-wildlife conflicts are an ever-constant threat. The Leuser ecosystem stretches through the provinces of Aceh and North Sumatra, with around 80% of the Leuser situated in the Aceh province. One-third of the ecosystem is made up of the Gunung Leuser National Park and the buffer zone is an incredibly important part in the survival of the Leuser, as it acts as a barrier between human settlements and the jungle. The Leuser ecosystem is one of the most important habitats on the planet, home to some of the most critically endangered species like elephants, rhinos, orangutans, pangolins and tigers.

I was invited to head out on patrol with the rangers and take photos of the work they do. They patrol and protect the buffer zone, while also engaging with the local communities. Our journey started in Tangkahan where the rangers are based. We loaded up the vehicles with our bags and headed off towards Batu Rong Ring where we would stay the night before beginning our trek.

Before we arrived we were greeted by a massive downpour. We were soaked and it made the driving conditions very uneasy and slippery. It was a long three-hour drive but we eventually made it to a river crossing and Batu Rong Ring was just on the other side. After the massive rains, we were told to hurry as the water will rise and we won’t be able to cross. The river was powerful and the rocks slippery. I was nervous as I had all my camera equipment but we made it through unscathed. We made ourselves comfy under cover and got some rest for our big day of walking.

We woke before first light to the sound of the jungle. The insects and birds woke first to start the chorus, followed soon after by the distant sound of gibbons from over the hills. We had coffee and breakfast before crossing back over the river to begin our trek. When we got to the other side the rangers were taking preventative measures to keep the leeches away. Bags over their feet and done up tight over their long pants, followed by gumboots. Yet there I was in my footy shorts, t-shirt and boots. Almost every single one of the rangers asked if I had long pants and were shocked when I said no.

We began to walk along the buffer zone and it was incredible to see how close the palm oil plantations get to the National Park, sometimes even encroaching on it. It’s sad really, but this is the reality of Indonesia’s growing population and demand for cheap palm oil by big corporations around the world to save a few bucks – it doesn’t matter where it comes from. The demand is so high that everyone wants a piece of the money, which can bring around AUD$1000 per metric ton.

Jack took me into the jungle as he had spotted some sun bear claw marks going up a tree. I snapped some photos, and you can find out more about that detour in the first part of this series.

The previous night the rangers told me about a problem tiger in the area we were walking. When we caught up to the other ranger’s one of the local villagers was discussing with them the rise in tiger conflicts in the area. This man was quite animated; he said that a few weeks ago he saw his goat get taken by a tiger. There was nothing he could do.

He continued to tell us how the villagers bring their cattle up to the village at night to keep them safe and how some mornings they find tiger tracks around the villages. He believes that this is because some young tigers are starting to become more independent, looking for food on their own. This is a new world for a young tiger as it starts to become solitary, unsure about what it is able to take down: it’s curious, which can get it into trouble with the local people.

With estimates that around 350 tigers remain in Sumatra, every tiger counts and preserving tiger habitat is a necessity. Which is why what this man said next made me smile. Just one week ago, he saw a mother tiger with two very big cubs. These must have been the tigers that left the tracks in the puddle.

This means there is a population of tigers here.

The villager believes there are at least six in the area. This will be a priority area for the rangers as they continue to talk to the local people to find solutions to these conflicts.

In his next entry in the Sumatra series, Jason looks at the impact of human-elephant conflict in Sumatra, and what is being done to combat a dangerous situation for both sides.

All Images within “Sumatra Part II – A Tiger Track” are by Jason Savage, 2017. All Rights Reserved.

On The Hunt For Mountain Gorillas