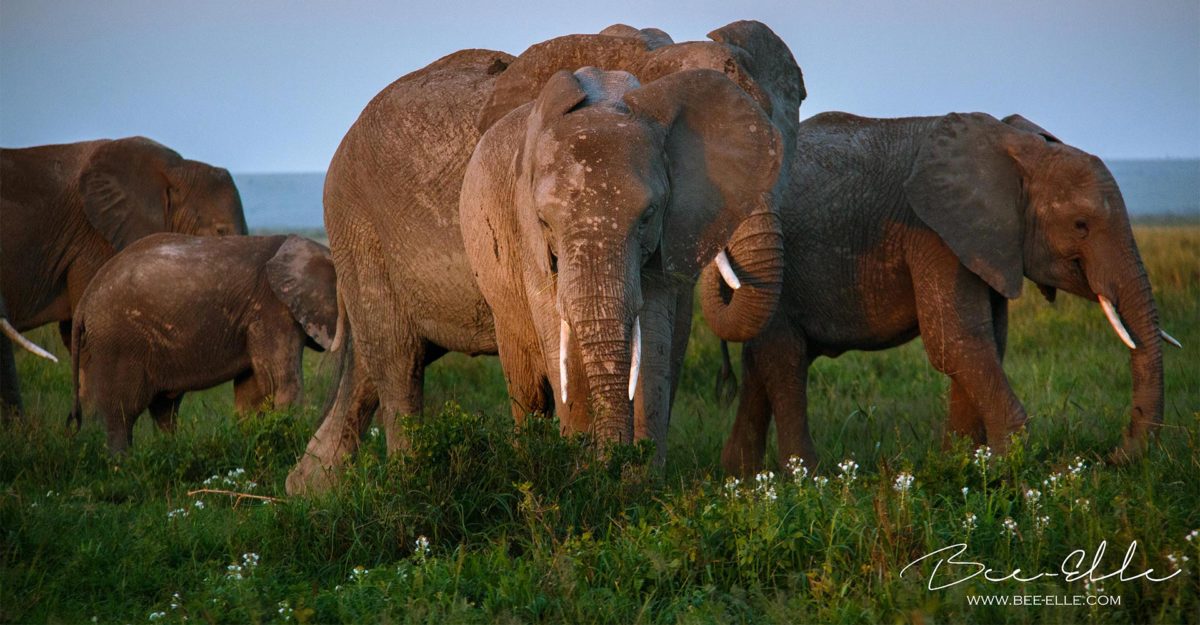 Bee-Elle brings us the final entry of her three-part Turn to Dust series on elephant conservation: The End of China’s Ivory Trade. You can read the first installment, War on Ivory, by clicking here, or read on for a look at the role that China’s recent ivory trade ban will play.

Is the end of the global ivory trade in sight?

For thousands of years, elephants have been hunted for their tusks. Since the time of ancient civilisations, ivory was traded alongside gold and met the world’s desire for a material that symbolised wealth and prestige. Through the artistry of varying cultures, ivory has been moulded into different but highly-regarded forms across the ages: from jewellery of the ancient Egyptians, religious figures of the ancient Chinese, weaponry of the Roman empire, to practical items including pistol grips, cutlery and piano keys of 19th century Europe and North America. Around this time, the mass demand for ivory was matched with large and constant supply to satisfy the seemingly insatiable markets of the west, triggering a massive decimation in elephant numbers.

By the early 1900s, the world’s elephant population had plummeted from approximately 26 million in the 1500s, to 10 million. Since the time of ancient civilisations, ivory has been seen as a valued commodity across the world (Bee-Elle Photography, All Rights Reserved)

Humans have always found utility in the elephant, and in many ways, seen the animal as a commodity, replaceable, perhaps disposable. It’s in this long-held negligent view- that elephants are a fungible resource- upon which the trade has grown over the millennia. From elephants used in war and transport, to their tusks being used in tools and décor, the decline of the elephant over thousands of years is nothing new. A few centuries ago, there were about 26 million elephants. Today, there are fewer than 400,000. (Bee-Elle Photography, All Rights Reserved)

Today, the world’s largest land animal is one of the most endangered species on the planet. The prognosis is grim: with the current rate of poaching, their imminent extinction will occur within the next couple of generations.

The end of China’s ivory trade

It’s been well documented that China’s growing economy contributed to the country becoming the world’s largest market of elephant ivory. In 2006, the Chinese Ministry of Culture claimed that it was an integral part of the national cultural heritage. In a seemingly surprising twist of fate a decade on, however, Chinese President Xi Jin Ping announced a full ban of the commercial ivory trade by the end of 2017.

The tides had finally turned in a monumental move, which was met with unanimous support worldwide. It fared well with China’s bid to become a global leader on environmental issues- an opportune time, given the weaker environmental policies from the Trump administration. But moreover, it was a clear indicator of China’s commitment to saving the species; and a global milestone in the fight to protect the African elephant. Factories and retailers started closing down in March 2017, and now in 2018, have reportedly all been closed down. From the country who drove the world’s consumption of elephant ivory, this will have no doubt had an effect on reducing demand and poaching rates. As to how much remains to be seen, for the closure of the legal trade has most likely stimulated the illegal black market trade in ivory, which forms the bulk of the trade.

For the elephants to avoid extinction, however, more is required. A lot more. China’s ban of the commercial ivory trade was a milestone in the bid to save the African elephant from extinction. The ban, however, has stimulated the illegal trade. (Bee-Elle Photography, All Rights Reserved)

But what about other countries?

Strengthened law enforcements and crackdowns on corruption within China are in progress, and as a result, tusks are being increasingly traded at much lower prices in neighbouring countries, where legal enforcements are weaker. Laos is now the fastest growing market of ivory, and Vietnam, Thailand and Cambodia are following closely behind. There’s now more of an urgency to eliminate ivory within these states, as it could slow down the impact of China’s full ban- or worse still, reverse it.

Africa’s role in curbing supply also needs to be ramped up and focussed. While anti-poaching efforts, proper law enforcement and opposition for the trade from 29 African states continue, the corruption within governmental systems that enables poached tusks to leak through the gaps and legal loopholes remains a deep-seated and protracted issue that prevents any commercial trade ban from taking full effect.

Corruption, perhaps, is the hardest element to combat, and takes the longest time to eliminate.

The illegal market is thriving, and as long as it is, the elephants are dying.

The war against ivory is far from over. But hopefully, with China’s leadership, the sentiment will cascade throughout Asia and spur more countries to solidify their commitment to saving elephants, and to take concerted action to tackle the corruption that is allowing thousands of elephants to die on our watch.

For the elephants just don’t have time to wait. They never did, and at this current rate, they never will. See more of Bee-Elle’s incredible and important work via her website here.

Related Topics:AfricaBee-ElleConservationElephantPhotographyTurn to Dust Series
Up Next

Wildlife Cuts Through The Noise