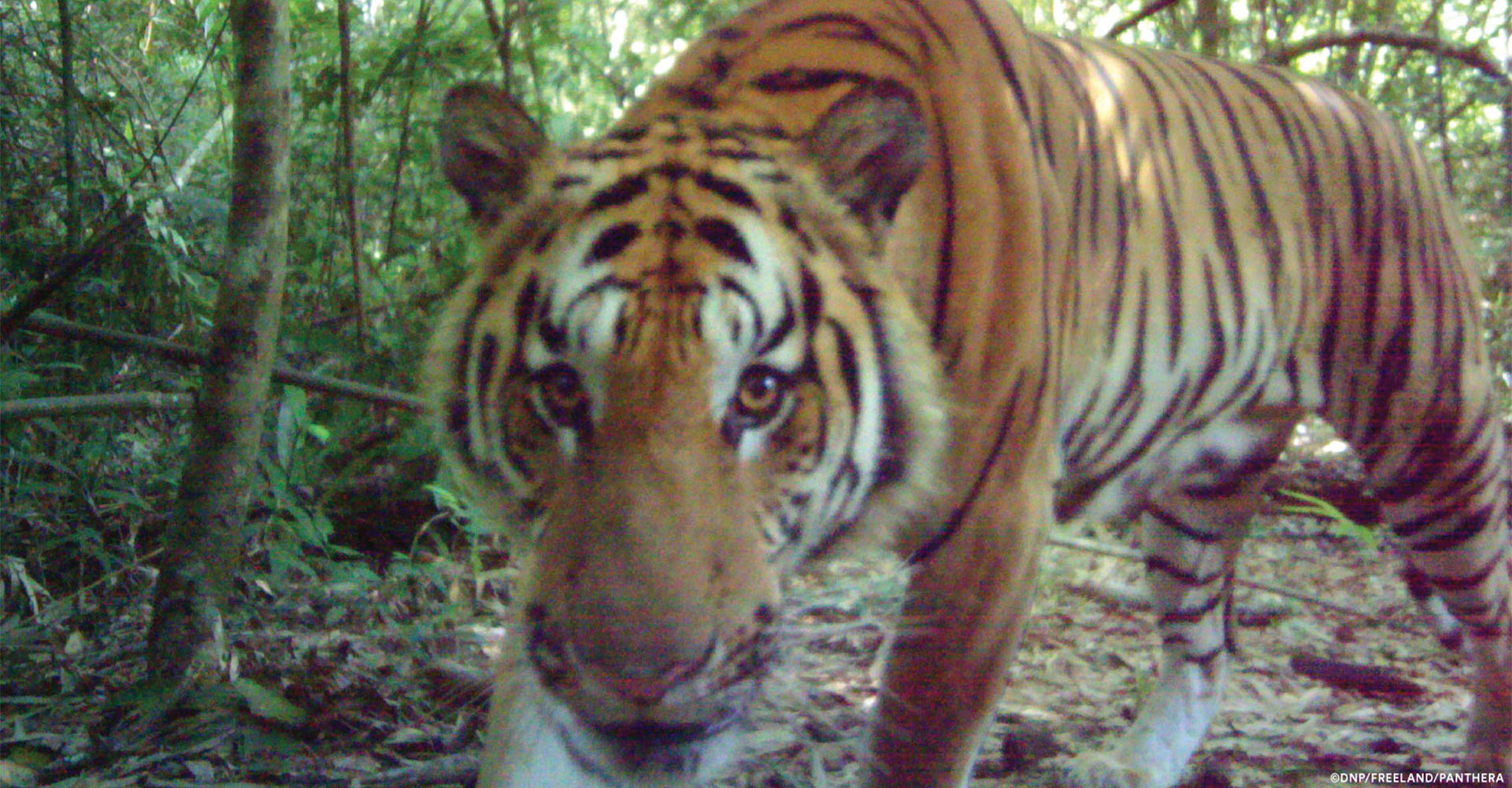 The first photographic evidence ever captured of tiger cubs in eastern Thailand has been released, along with an announcement confirming the presence of the second known breeding population of Indochinese tigers. The news, released in March, followed a survey in the region carried out by Freeland, a frontline counter-trafficking organisation, and Panthera, the global wild cat conservation organisation, along with Thailand’s Department of National Parks, Wildlife and Plant Conservation (DNP).

What is the Indochinese Tiger?

The Indochinese tiger (Panthera tigris corbetti) is a subspecies of the well-known carnivore. Just 221 Indochinese tigers are estimated to remain across two Asian countries: Thailand and Myanmar, according to Panthera. Thailand’s Huai Kha Khaeng Wildlife Sanctuary is home to around 35 individuals, including the only other known breeding population of the species.

Indochinese tigers once roamed across much of Asia, but are now believed extinct in southern China, Cambodia, Lao PDR and Vietnam. That fall is in line with all species of tiger, with numbers of the cat plummeting from 100,000 to less than 4,000 in the last century.

Freeland’s Chairman of the Board, Kraisak Choonhavan, said, “The existence of tigers here was often doubted, but these recent surveys are proving its importance not only nationally but regionally and internationally as well. It’s crucial to continue the great progress made by the Thai government to bolster protection for tigers at the frontlines.”

Panthera Senior Tiger Program Director, Dr. John Goodrich, explained, “The extraordinary rebound of eastern Thailand’s tigers is nothing short of miraculous, and a true testament to the DNP’s commitment to saving its most precious natural resource.”

Why is the Thailand Tiger Important?

Tiger populations around the world are edging ever closer to extinction, and groups like the Indochinese tiger represent another branch of the family that can be sustained with proper conservation efforts. As the apex predator in their environment, they regulate a lot of the ecological movements throughout the area, thus helping to keep a viable and diverse ecosystem intact.

“Thailand’s World Heritage Forest Complex,” says Goodrich, “is home to prime forested habitat that, with significant conservation resources, could support eight times as many tigers as it does now. With continued infiltration of rigorous anti-poaching protection, there is no doubt that this population can be fully recovered, burgeoning into a tiger stronghold and serving as a source of life and diversity for depleted tiger populations in Cambodia, Lao PDR and throughout the species’ range.”

There is a fair bit of shock in the scientific community that this species has survived such extreme levels of poaching. This is only deemed possible as a result of an early recognition of the significance of this eastern Thailand forest complex for the species’ future in Thailand, and a strict, long-term investment in well-implemented, counter-poaching law enforcement efforts from the national government, according to Panthera.

This survey helped discover what impact this work has had.

What Did the Survey Results Show?

The results indicated a density of 0.63 tigers per 100km2. In a press release, Panthera said:

“While these data suggest the region supports an exceptionally modest tiger density, on par with some of the most threatened tiger habitats in the world, the results conversely demonstrate the species’ remarkable resilience given wildlife poaching and illegal rosewood logging present in the complex – a UNESCO World Heritage Site.”

To find out how you can help Panthera, visit their website at www.panthera.org.

All images courtesy of Panthera, Freeland and DNP. All rights reserved.