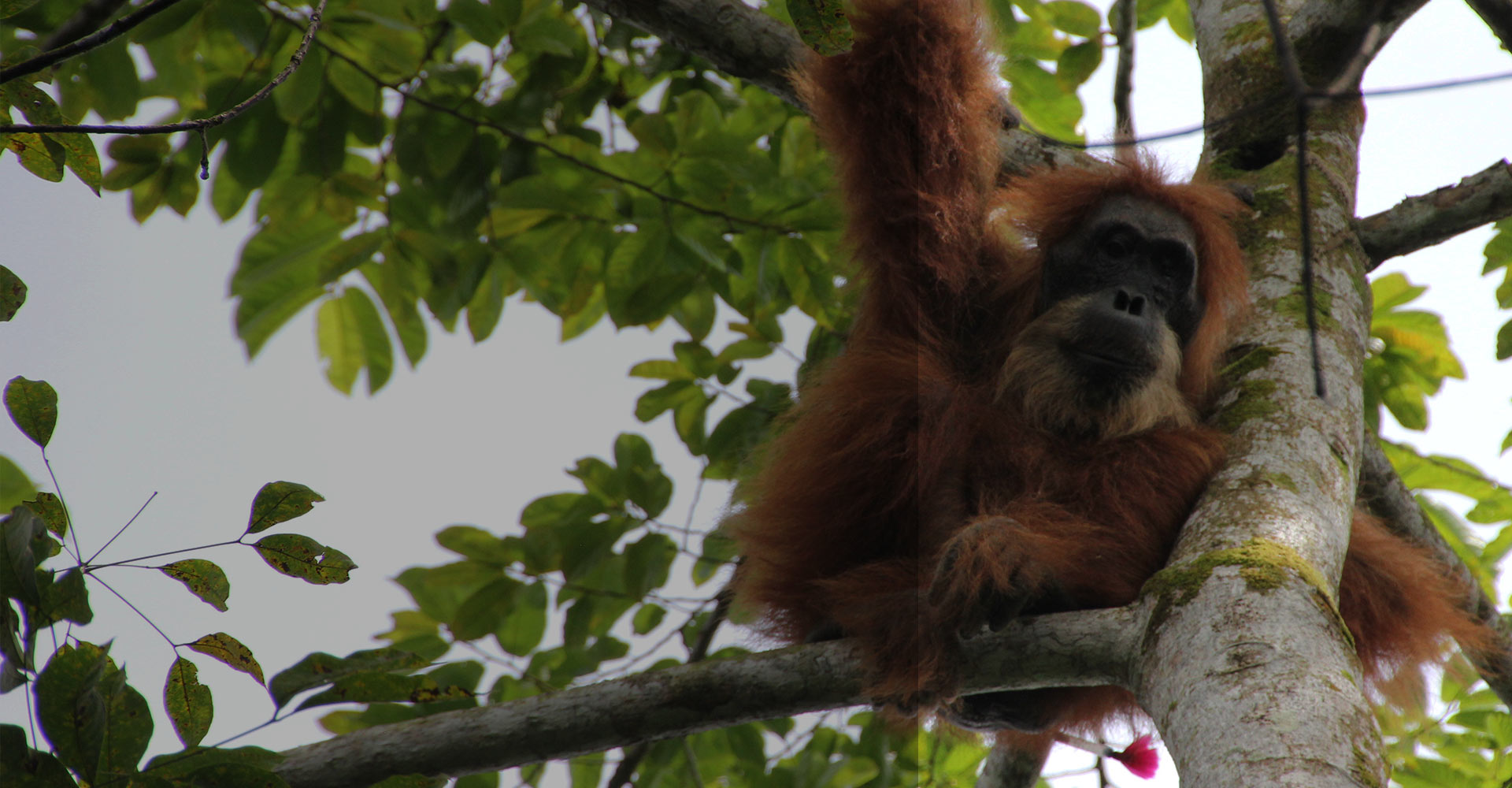 The Leuser ecosystem is under threat, and the Rangers of Tangkahan are aiming to fix that. Follow Amy Robbins as she joins the rangers in the field, finding and relocating an endangered Orangutan.

The Rangers of Tangkahan is a grassroots, community conservation initiative: the only one of its kind protecting the buffer zone of the endangered Leuser ecosystem in North Sumatra.

The Leuser is one of the most biodiverse and important ecosystems ever described and is under serious threat from logging, oil palm, mining, roading and the Aceh spatial plan. It forms part of the largest wilderness area in South East Asia and is vital to the health of the entire planet, storing millions of tons of Carbon in its ancient peat swamp forests.

The Leuser is home to the last of the iconic Sumatran megafauna: the Sumatran orangutan, tiger, elephant, rhinoceros, sunbear – the only place left on Earth where these species co-exist.

It is home to almost 90% of the last remaining Sumatran orangutans and one of the last strongholds of the other charismatic species. It spans the provinces of Aceh and North Sumatra, with 80% of the Leuser in Aceh and approximately one-third of the entire ecosystem made up of the Gunung Leuser National Park. The buffer zone is crucial to the survival of the Leuser, acting as a protective barrier between human settlements and the forest.

The first village we arrived at, Pancasila, had a conflict situation with a Sumatran orangutan. An elderly male had been crop raiding in a community-owned Jackfruit garden for several days and was at risk of being killed by locals as they feared further income loss to crop raiding or that he would attack their children (which is highly improbable).

There were few options to move him on – he had crossed palm oil plantations to reach the community garden and was at least 4km from his forest home. The Wildlife Conservation Society (WCS) liaised with our patrol unit and we called the Orangutan Information Centre (OIC) in to relocate the orangutan. OIC carries out relocations and confiscations of conflict and illegal pet orangutans in Sumatra.

Relocating requires intense resourcing but this orangutan was too far from the forest to allow us to push him back passively and without coming into further conflict with people. At 1am, fresh from two other relocations in Aceh province, the OIC HOCRU (human-orangutan conflict response unit) arrived and, with practiced precision, they immobilised the orangutan high up in the canopy and – before translocation back to the forest – they conducted a physical health check.

He was found to have old air rifle injuries throughout his body, including the loss of an eye, which seems to be an increasingly common phenomenon with crop raiding orangutans who are deliberately incapacitated in this way by retaliating villagers. The relocation was a success and we moved on to the next village, removing an impenetrable wall of snares as we went.

The Rangers of Tangkahan have removed close to 300 snares in the past six months while patrolling and, together with community engagement sessions, have seen an overall decrease in the number set by our focal communities. These villagers live in poverty and have no alternative but to rely on illegal and harmful activities for income. We are working with them to help develop long-term, sustainable alternative livelihoods for communities living on the edge of the Leuser.

To help us, visit www.gofundme.com/sumatranrangers and lend your support.

Fix Fragmentation to Save Species