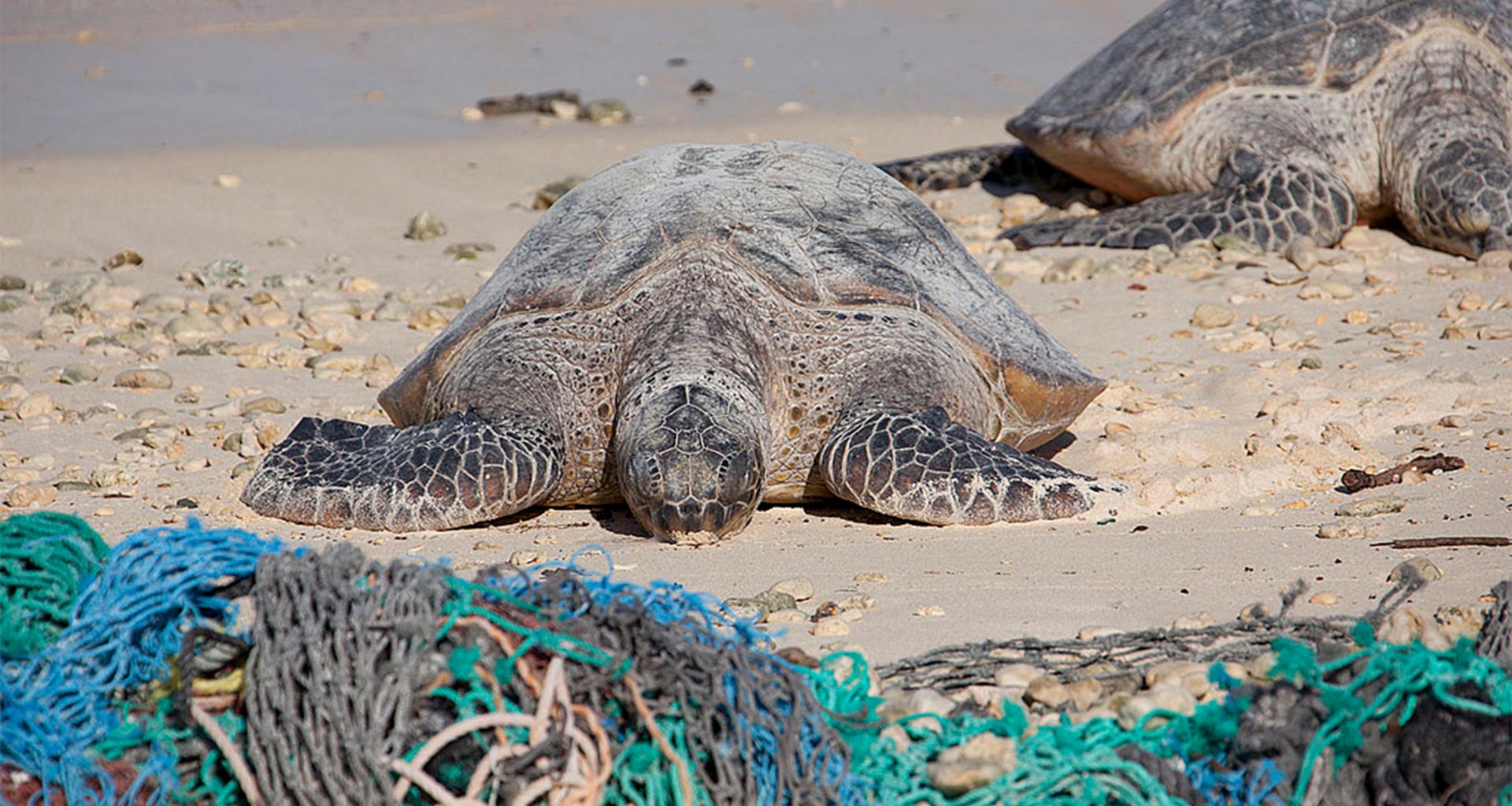 Ghost nets, the vast ocean’s mysterious killers, are estimated to kill hundreds of thousands of marine animals every year.

I spent the last 10 months working on a boat that operates on the south shores of Maui, Hawaii. Tough life, right? This time of year is our humpback whale season, so we operate whale watch tours on top of snorkel trips and evening cruises. Between November and May, it’s estimated that as many as 12,000 humpback whales migrate to our waters for the mating season. They are tremendous, charismatic, exuberant, and extremely surface-active. This past January, as our vessel was making her way from one snorkel site to the next, we passed an enormous floating mass in the water that was steadily being pulled out toward the open ocean. I persuaded the captain to take a detour and investigate the mass further, noting the frequency of humpback whale, turtle and dolphin entanglements.

It turned out to be an enormous, heaping conglomeration of multiple ghost nets all jumbled up together. It weighed at least 300 pounds – it took five strong adults to pull from the water, and a team of United States Coast Guards to remove the entire mass from our vessel. Swarms of crabs, fish and invertebrates were already caught inside the nets.

This situation was no anomaly: there were over 10 humpback whale entanglements reported in Maui County this season alone. Ghost nets are what we call fishing gear that has been abandoned in the ocean, intentionally or unintentionally.

This happens with alarming frequency.

For instance, a commercial fishing vessel’s net could snag on a reef and be lost from the boat or cut off to save time. Fishing gear is built to last and to be nearly undetectable by marine organisms, and it will remain in the ocean indefinitely. When small crabs and fish get caught in ghost nets and die, their bodies attract charismatic megafauna – sea turtles, sharks, dolphins. These animals also get caught in the nets and drown quickly, especially those that have lungs and need to get to the surface to breathe air.

Yes, wildly enough, oceanic species can drown! It is estimated that 308,000 cetaceans die every year from entanglement.

Humpback whales in particular are so surface-active that they are frequently caught in floating masses. 87.5% of all entanglement calls in the North Pacific are for humpback whales, and their species is known to drag nets for thousands of miles before finally becoming too infected and exhausted to carry on. Really, they’ve dragged ghost nets 3,00 miles all the way from Alaska to Hawaii before!

Commercial fishing doesn’t just kill what’s on your plate. There is often far more suffering than that. We pull more litter aboard – Ally Kristan, All Rights Reserved

As far as where exactly this particular mess of ghost nets originated from, I can only hypothesize. Some of us crew members on board that day thought it may have been an intentional FAD, or Fish Aggregation Device. The idea behind FADs is basically to create a floating mass on the surface that game fish (i.e. big-eye tuna) aggregate under.

That way, fisherman know to come back to the FAD for the big catch waiting underneath. The State of Hawaii employs buoys as FADs around the islands for this purpose. Some fishing companies have chosen to take matters into their own hands and create their own privately-owned FADs for financial gain, not considering the risk of entanglement it can cause to any living marine creature.

In January, the captain and crew of Ocean Voyager were able to pull a heaping mass of ghost nets from the Pacific Ocean. These small victories matter. Whether our actions saved a single fish, or a humpback whale mom and calf, it matters.

It matters to that animal who is allowed to continue roaming the wild sea. It matters to the health of our oceans, which fuel life for the entire globe.

Whether we acknowledge it or not, that matters to our existence as humankind too. If that net had continued to float the ocean blue, I have no doubt it would have entangled and killed marine life. Senseless, pointless, unintentional cruelty that we as the human race need to be aware of.

If you consume seafood, be an informed consumer. If you see fishing line on a dock, or net in the ocean, remove it to save a life. If you see entangled marine life, disentangle the animal or call your local authorities.

As far as “saving the oceans” is concerned, I don’t believe that we are past the point of no return. There is still a fighting chance. Let’s not hesitate to make a difference in any way we can.